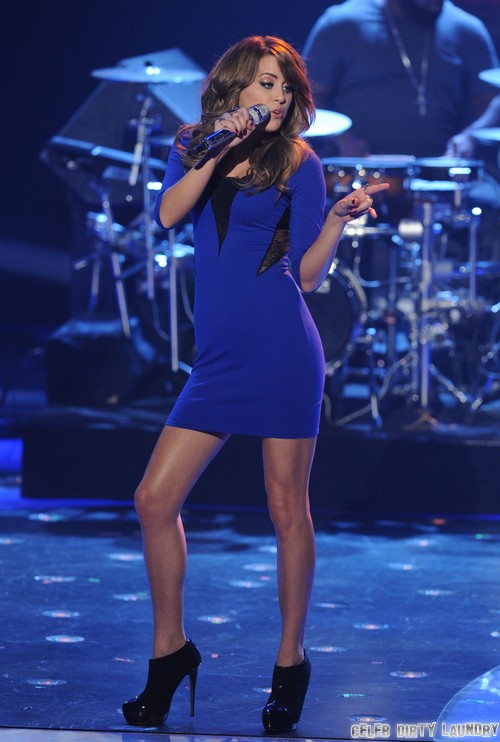 Nineteen-year-old Angie Miller is  from Beverly, Massachusetts and she is partially deaf, with 20% hearing loss in her right ear and 40% in her left.  Prior to auditioning for American Idol, Angie had a successful YouTube channel, earning a current total views of 2.3 million.  Sadly, her Idol dream has come to an end and he was sent home on American Idol tonight.   Did you watch tonight’s show?  We did and we recapped it here for you.

Angie auditioned in New York City, with “Mamma Knows Best.”  In the final Hollywood solo round, she performed her original song “You Set Me Free,” which has earned 2.9 million views on Youtube.

Angie Miller‘s performance of “Maybe” by Emili Sande blew the judges away.  Randy said, “Tonight, she became a complete performer.”  Mariah agreed with Randy and said, ” she felt like Angie was her. She did an amazing job with the song.”  Keith loved it and Nicki said, “She has come full circle. As long as she feels it, they’re all going to feel it. Congratulations!” [VIDEO HERE]

Sound off your comments below and tells us what you think about Angie’s Idol experience.  Do you think you Angie should have been sent home?