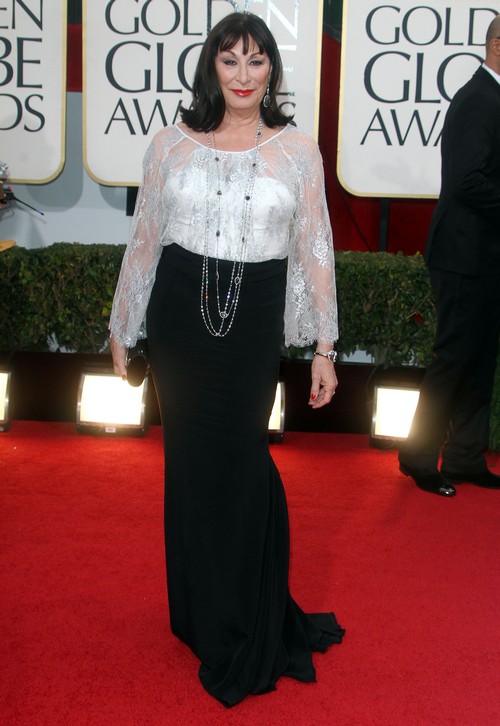 Anjelica Huston recently went on record to discuss how she would love to be a part of Downton Abbey and all we have to say to this is not only do we hope she gets cast for next season but if she could play another one of the Countess’s outrageous relatives then would really be the cherry on top. It sure doesn’t hurt that there’s a passing resemblance between the actresses. Look at it this way, although her impression on a British accent isn’t too bad, playing an American would give her more lead way with her character. Who knows may be she could be the one with the secret next season.

In case you’re wondering there is always a secret. Usually the Downstairs always learn everything pretty quickly but Barrow needs someone that’s completely an enigma to him. Ms. Huston could be that question mark. Anjelica is a  wonderful actress and there’s no doubt about that. Plus she wants this role so bad she advertised for it. For an Academy Award winner to technically pimp herself out means a lot.

‘I would be slathering to work on Downton. I love it. I like manners and behaviour — and to me, that’s a very satisfying show. I get very involved [and] emotional.’

There is an investment here. If the producers wise up enough they’d realized the cash reward. The upper British class while fun and entertaining can always get a good audience rating with an American.  Especially when the Dowager has even more people to put down besides her old frenemy Isabel. Or have they completely forgotten what season 3 did with Shirley MacLaine?