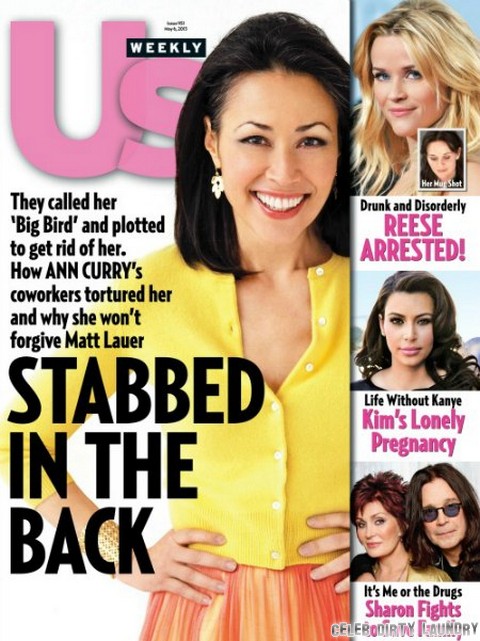 Unsurprisingly, here is the tale of how Ann Curry was stabbed in the back by her Today show co-host Matt Lauer.

We knew that they had problems on the set of the morning show, but Ann appears on the cover of the latest issue Us Weekly and it appears that it’s much worse than anyone thought. It seemed that Matt was on a long-term mission to do whatever it takes to get rid of Ann and his plan worked. Fans of the show ridiculed Matt for having Ann fired — and it wasn’t as if it were some big secret that he disliked her.

Apparently Matt and their other coworkers called Ann “Big Bird” behind her back and criticized her constantly for everything she wore and did during her time on the show. Basically all that did was get the public on her side, so we’re guessing that Matt’s plan failed.

It’s terrible to see that this form of bullying is still alive and well in 2013. What a shame. We should all start a petition to ask for Matt Lauer’s resignation. What do you think?