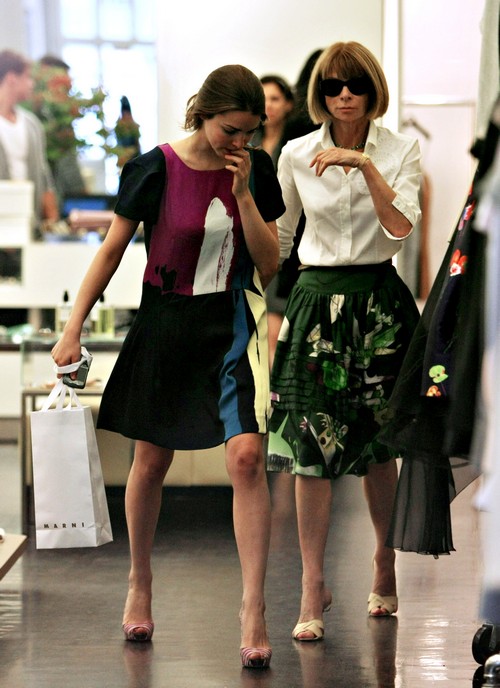 As Jimmy Fallon moves up the talk show chain, Seth Meyer will be taking over Late Night, and has decided to hire himself an interesting new group of people for the show. According to a report from Page Six, he will be hiring Anna Wintour‘s daughter, Bee Shaffer, as a segment producer for the show.

Shaffer previously worked on the set of Ryan Murphy‘s Glee in Los Angeles, but since Late Night takes place in New York, this will mark a return to the city for Shaffer, who was born and raised in NYC [among other places]. Friends reportedly threw Shaffer a going away party in LA, since she probably won’t be returning for another few years, at least. 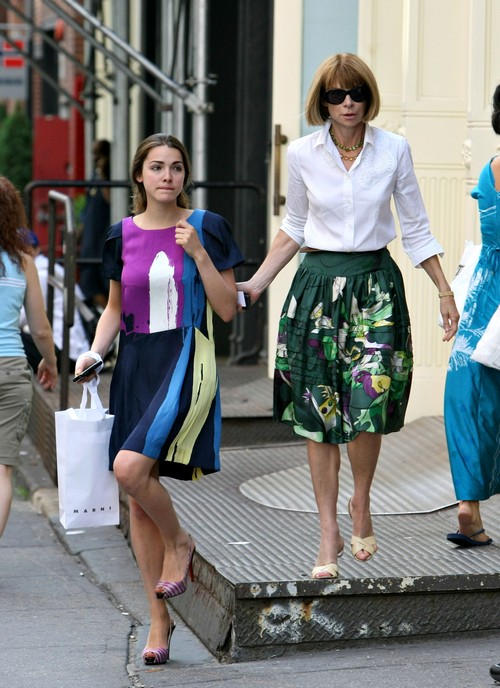 Ok, so why did Bee get this job? Actually, if we’re discussing nepotism, I guess you have to wonder how Bee got the high-ranking job on the set of Glee to begin with. Ryan Murphy is notoriously careful about the people he hires, and Bee barely had enough experience at the time of her hiring. Many people suspect that Anna Wintour placed a few calls to get her the gig, which is nothing new, really – it’s Hollywood and nepotism pretty much runs the town.

Anyway, she reportedly did a solid job on the show, and that might have been why she ended up getting the Late Night gig. However, common sense dictates that her name might have played a bigger role in the matter. Sure, most of the public doesn’t really know who Bee Shaffer is, but she’s a big name in the fashion industry thanks to her mother. Having her on the show would help, if only to please her mother – and in New York, pleasing Anna Wintour is a big deal.

What do you guys think of Bee being hired on Late Night? Was she hired based on her talents or because of her mother? Let us know your thoughts in the comments.