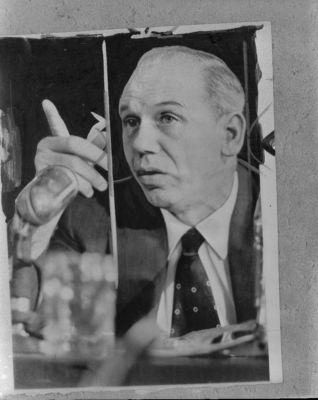 The around the world reality show race ‘The Amazing Race’ is one of the most popular reality competition shows on TV. It’s watched by millions of people worldwide, and there’s a ton of spotlight on the winners and contestants every year. This year, the winners of the Amazing Race were Anthony and Bates Battaglia, who ended up winning the million dollar prize. However, it’s been revealed by the National Enquirer that they’re also hiding a dark secret – their grandfather was a notorious mafia kingpin by the name of Sam ‘Teets’ Battaglia.

A retired special agent confirmed the connection, and revealed, “Sam Battaglia was the Don of the Chicago Mafia. His street name was ‘Teets’ due to his big buck teeth, and he ran the Chicago Outfit from his farm out west of the city.” Sam Battaglia also reportedly had ties to Johnny Torrio and Al Capone, and he was also an associate of crime boss Sam Giancana.

However, despite this dark history, the Battaglia boys are refusing to let their history define their present. Bates says, “This is my family. This is who I am, and this is where I came from. And I wouldn’t change anything about it.”

After all, all of us are responsible for our own actions, and two young men shouldn’t be held responsible for crimes that their grandfather committed decades ago. It’s great that they’re not hiding from it and realizing that they have nothing to be ashamed of.

How many of you watch the Amazing Race? Does this make you think any less of this year’s winning brother duo? Or do you think it’s brave that they are refusing to let this affect their victory? Let us know what you think in the comments.