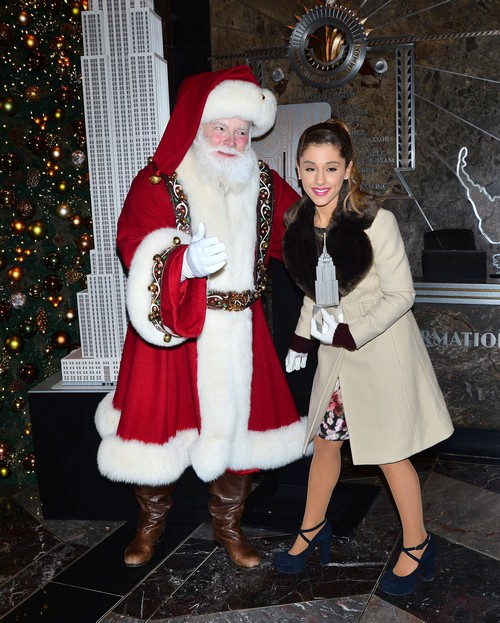 What ever happened to being happy with what God and your mother gave you. Despite her wholesome appearance it seems Ariana Grande decided to give herself an upgrade – from an A cup to a letter that actually gets recognized. She took to Instagram to show off her new and improved self and yet a few minutes later, possible due to some backlash, Ariana claimed she didn’t get a boob job. No, her upgrade came by way of Victoria’s Secret. It looks like her posing for several picture was done to serve a point.

I’m sorry do we seem like we look towards celebrities expecting something real. No, we don’t but that doesn’t mean to go hating on the bra. She did after all buy it under her own volition. Frankly, her statement comes off as little judgy when to be honest no one exactly asked her to take photos of her chest. If you want to get technical, not even the press are concerned about her ever being a sex figure. Just saying that aloud made me feel like an old pervert. She’s more the kid you pay to come watch your kids (seconds after writing this I did realize I type-casted her with her Nickelodeon character; whoops! and let’s move on).

Anyways, there can only be one reason why Ariana really took the photos. And it wasn’t for a joke like other entertainment sources are claiming. Or to be about loving yourself as you are. No one does that! Ariana took the pictures for herself.  I mean come on; we’ve seen this brand of attention seeking since the dawn of celebrities. Ooh you have breast…so does half of the population. Put em away!

You know what really aggravates me is that she got what she wanted. Here I am writing about her when all we’ve got so far is handful of songs from her. This newbie knows how to strategize and I’m willing to give her credit for that!