Ariana Grande & Nathan Sykes Confirm Relationship — But He Would Rather Hook Up With Selena Gomez! 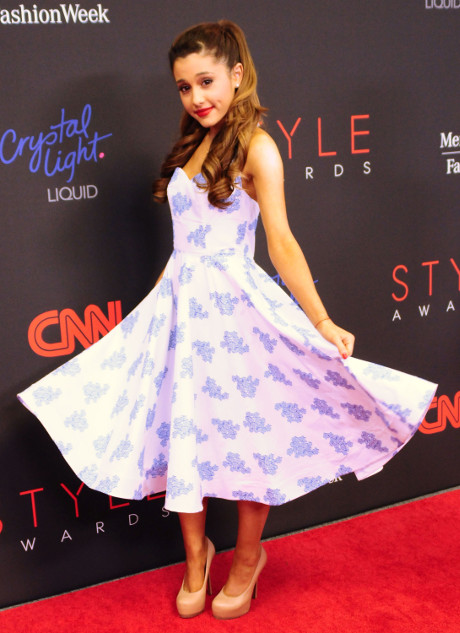 Ariana Grande and Nathan Sykes are making their relationship official. Sykes, the 20-year-old Wanted singer, confirmed they are dating in messages on Twitter.

Fans caught The Wanted boy wonder and iCarly star on camera getting cozy and Sykes tweeted, “So, I guess it’s obvious now . . . thanks to everyone who is being so lovely. I’m so happy #butweareterrified #pleasedontkillme #orariana.” Grande also tweeted, “We hesitated saying anything as people can be a bit insensitive but thank u. We value all of your happiness, thank you for valuing ours.”

Even though Nathan Sykes confirmed the relationship with the star on Twitter, he has his eyes on another sultry lady — Selena Gomez! According J-14.com, his interview with We Love Pop was done before Nariana was confirmed: “Now this is why I’m so jealous of Max,” Nathan said. “He follows someone on Twitter, and then he is in the tabloids saying he is in a relationship. I started following Selena Gomez and nothing. Where is my relationship?!”

Nathan admitted he does have a bit of a crush on Selena, but there’s one person getting in the way (besides Ariana, of course) — Justin Bieber! These young stars in Hollywood have no loyalty to each other and date for convenience or what is best for their career at the moment. I give Nathan and Ariana 2 months before this so called fairytale fizzles out.

Ariana please do not walk but RUN quickly from this relationship. Skyes had very strong words for someone he’s not dating! Selena has it all and you are only second best/choice and dating a young star that lust after another one of America’s sweetheart. What is your price for fame and the cost you will pay when your heart is broken, Miss Grande?

Who’s a better fit for Nathan — Selena or Ariana? What do you think of his confession? Do you think Nathan and Ari are perfect together or would he and Selena make a cute couple as well?