Arnold Schwarzenegger To Run For President – Will He Get Mildred Baena’s Son’s Vote? 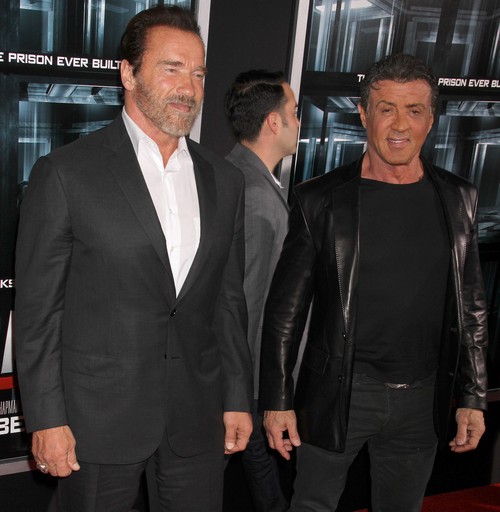 After being the governor of California for several years, is Arnold Schwarzenegger aiming for the White House? There were some rumors hinting at that when Arnold’s terms initially ended, but he’s seemed to return full tilt to his acting career instead of pursuing more political venues. However, a new report from Page Six states that Arnold has been lobbying for a rule change that could possibly allow him to run for President, since he currently cannot as someone who was not born in the U.S.

A source tells Page Six, “Schwarzenegger has been talking openly about working on getting the constitutional rules changed so he can run for president in 2016. He is ready to file legal paperwork to challenge the rules.”

US Constitution doesn’t allow anyone who wasn’t born in the US to hold the job of the President, and if the law was to be changed, it would have to be approved by two-thirds of the House and Senate – and they’re not an easy crowd to please. Then three quarters of the states would have to ratify that decision… good luck! Arnold has stated in the past that if the law were different, he would definitely run for President. Unfortunately [or fortunately, depending on where you stand], it doesn’t look like the law will be changed any time soon. It would take years to lobby for the rule change, and then the House and Senate would have be to convinced that it’s necessary to vote for it. Arnold doesn’t really have the kind of support in the government to pull that off, but he might be able to change that with enough effective lobbying.

What do you guys think? Can you imagine the Governator as the President of the United States of America? Let us know your thoughts in the comments.