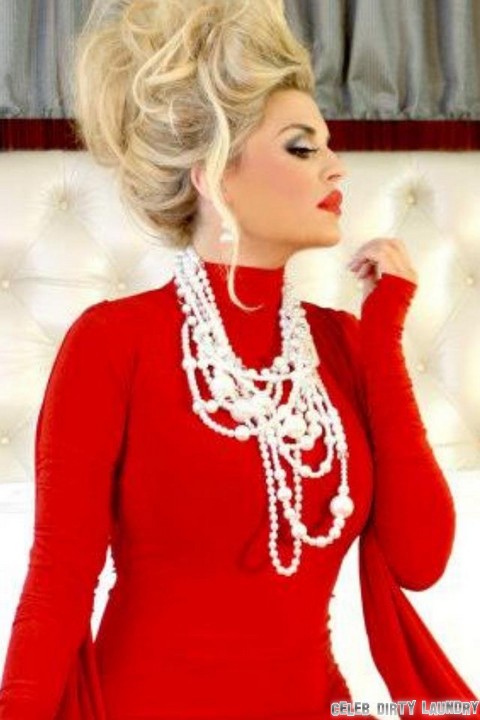 If you’ve been watching The Style Network’s Big Rich Atlanta then you are already quite familiar with Ashlee Wilson-Hawn, the self-proclaimed “Boss Bitch”.  The bubbly blonde is in the business of helping young girls to achieve their dreams in the complex world of beauty pageants and came to the show expecting to enjoy filming and to be able to look back on the experience as a positive one.  Instead she feels that the obvious choppy editing and scripted scenes have turned her into a bad caricature of the woman that she truly is. The most recent episode included a physical fight between Ashlee and fellow cast mate Kahdijiha Rowe, a situation that Ashlee truly believes was orchestrated by producers to generate buzz and ratings. Editing left fans to think that Rowe had been provoked and the backlash that has followed has prompted Ashlee to finally speak up. In this exclusive interview with Celeb Dirty Laundry she goes on the record about the show’s exploitation of her, Rowe’s pending criminal charges and the positive spin that she is trying to put on the whole situation.

Cate Meighan of CDL:  How are you handling all of the negative publicity that has resulted from the fight with Kahdijiha Rowe?

Ashlee Wilson-Hawn:  It is really difficult to be scrutinized for being a television character. I would never be a bully in my real life and being edited that way is really difficult. I’m defending a television character that is edited to look like that and I’m stuck defending a birthday party that wasn’t my real birthday party! I had my party at the Versache Mansion in Miami and then came home to shoot a television party that was full of extras and a set up where I was assaulted. It’s just absolutely mortifying that on the air they passed this off as my birthday when indeed it was not. It’s very difficult to know that it’s not real but people really think that it is. It’s been really difficult for me to deal with.

CDL: Do you feel like you were completely set up by the show?

AWH: Absolutely. Kahdijiha Rowe had been a violent threat to me and I’d only been around her four times in my entire life before this party. I had run into her a week earlier at a fashion preview party and there she had been a physical threat to me. I actually walked off set because I was afraid . She said she was going to beat my ass…blah blah blah and I walked away and told the producers that I can’t be a part of this and that I’d never seen anything like this. I was really afraid to be around her for the tv birthday party and for America not to be able to see the real, raw footage of what was going on, on that show is very difficult. I’m not allowed to speak out about it and I have to stay quiet and not tell the world the truth and I’m having a very, very hard time keeping my mouth shut. I’m being scrutinized for something that is not  what really happened.

CDL: What have the producers said, have you shared your obvious disgust?

AWH: The producers tell me to just own it, own what people see on television. I’m the boss bitch and they don’t care about anything but money. They could care less about my life. When I was beaten up I got a call the next morning asking why I didn’t report to set, they didn’t even ask if I was okay. They just wanted me back on set so that they could continue to exploit me. Kahdijiha has felony charges pending because of what she did to me! She has been indicted and has to plead guilty or not guilty next week in Fulton County court!  This fight actually happened October 2nd and I took two months off of filming until they worked out a deal with me to even come back. I’ve been filming since then but only once with Kahdijiha and it was at a group event where there was lots of security to protect me.

The unfortunate thing is that this is Style Network and they aren’t really getting us legitimate press or giving us an opportunity to speak out. I felt kind of forced to hire my own person to help clean up my reputation because these people really don’t care how exploited we are. As long as the show is making money they don’t care and at this point I believe that Style Network is promoting violence and that’s insane.  It was edited to look like I provoked Kahdijiha. You guys weren’t even allowed to see half of the fight, she was actually screaming to me, “Kill yourself, kill yourself.” and they cut that out. When they pulled her off of me the first time she was kicking and screaming to come back for more. She had hate in her eyes and wanted to fight. I did the right thing, I walked away and called the police. That’s what classy people do, they don’t go in and start to attack. I was only allowed to have ten real people with me at the fake birthday party and they helped me up and got me to the bathroom to safety.

I’m surprised that people aren’t focusing on that. Trashy people will dive right in there and fight. I don’t fight in real life and I certainly am not going to fight on national television. We were there to entertain and to create a television scene, not to hurt each other- or at least that was my understanding. In the preview for the episode they showed a piece of the fight that didn’t even make it into the episode. I want to know why they didn’t show the whole thing, show what really happened. Why not use the camera that really showed where my hands were and that I didn’t touch her instead of using one over her shoulder that makes it look like I did something wrong? Show America everything and then let people have their say! That’s mind blowing to me, they chose to show a camera angle that was most beneficial for her, so this obviously was intended to set me up.

CDL: You’ve mentioned your “character” on the show. Do you really feel as though you’ve played a character?

CDL: Are you still filming this season that’s airing?

AWH: We’re actually done in the field. Now we’re just doing the little interviews that pop up. I’m not interested in returning to a show that is interested in exploiting me rather than showing who I am in real life. I don’t see me returning for another season, why would I want to be on a show that portrays me as a bully when I’m not one?  I’m a business woman that does what’s best to get things done in life. That makes me a boss, not a bully. I’ve never hurt anyone to get what I want. Yes I’m spoiled. Yes I’ve been given everything, but I’ve also spent my entire life sharing and giving back. I’ve wanted to help others to achieve their dreams and goals. That’s what I’ve done with my pageant business. I’m not some drill coach like they make me seem on television. My business is a lot of philanthropy. I help girls that are less fortunate and can’t afford to do pageantry. I take them under my will and will financially pay for these girls to have a chance to achieve their dreams. That’s what I do as a pageant consultant. Everything that they showed of how I do business was set up for television…

CDL: It sounds like you are filled with quite a bit of regret for doing the show in the first place.

AWH: I completely regret it. I’ve gained nothing from doing this show and I will gain nothing from it. I’ve lost my hair over the show, I’m completely emotionally distraught. I have seen absolutely no benefits from this show. I’ve launched a charity called Divarella  that is raising awareness against violence. I’ve taken a horrendous experience in my life and I’m going to turn it into something super positive, a platform to raise awareness for violence awareness. The only reason that I’m even talking to the media is for that reason alone, to help raise awareness. I feel like at this point I have nothing to lose by speaking up for myself, I feel like I have no options. I can’t allow myself to be portrayed this way and I can’t allow viewers to think that this sort of violence is even slightly acceptable.