The Secrets Behind Big Rich Atlanta And The Real Housewives Series 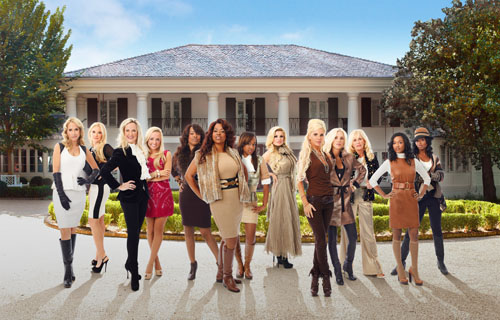 Reality television has become the staple food for TV junkies. We have our regular fare like Survivor, The Amazing Race, America’s Next Top Model, and American Idol, but in the deep recesses of “reality television” we find a nasty hybrid of “real life” and “quickie fame”. One such show, “Big Rich Atlanta”, a spin-off from the super popular “Big Rich Texas”, allegedly follows the lives of wealthy women and their personal trials and tribulations. Unfortunately, there’s nothing “real” or “wealthy” about these bitches from the south. According to Jonathan Jaxson, who wrote ‘The Unreality of Reality TV’, “These characters are living a fantasy within a fantasy for our viewing pleasure.”

Well, Jaxson worked alongside several of the cast members on the “set” and found out some of the show’s biggest, darkest secrets. He exclusively reveals, “Each day the ladies filmed, there was a mini-script and plot for the day’s happenings and what the producers wanted them to do and talk about. In the new series, it dictates that all these women on the program are members of an elite Atlanta country club…But don’t be fooled, most aren’t members and some couldn’t even afford the membership if they had liked.”

Basically, these women are neither wealthy nor unscripted. They exist in a faux reality TV limbo, crafted and molded by greedy producers. Jaxson adds, “So the country club, or shall we call it the sound stage, is filled with fake patrons that are being paid as extras to sit in the background as the drama ensues on this program. Yet, it isn’t just the country club where extra’s are requested, it is nearly every where the ladies filmed. I guess having the real friends and families of these characters on the program weren’t good enough.” 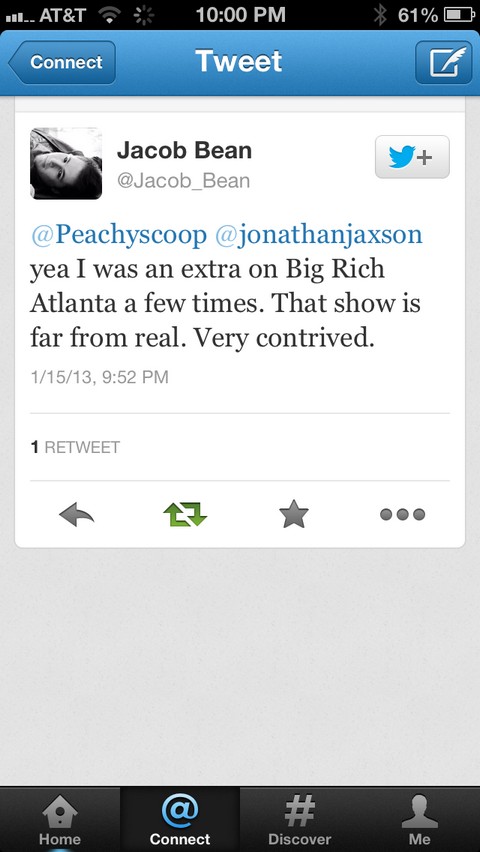 And with that, our minds were blown.

The drama we will be seeing on each episode will also be as fake as Bruce Jenner’s face, because according to Jaxson, “Nearly every moment on this program is set up by the producers and cast. AND I don’t want to just single out this new spinoff, as this is the case with nearly EVERY reality series.”

The Real Housewives series also comes under fire: “Many of the women appearing aren’t even married (yet) and don’t even have the funds to keep up with the Joneses as the show portrays. As a matter of fact, many go broke and end up loosing their rented elaborate homes used for the show because of the costs of rent and the cost of clothing, expensive rented cars and much more alone. Don’t get me wrong, some of the most famous people presently in the world are indeed reality stars and some have even advanced from reality TV to the big screen.”

There you have it – reality television is as real as a serial killer’s truck stop in La-La Land. We know this, we admit this, but we still love this. Let us know your thoughts in the comments below.