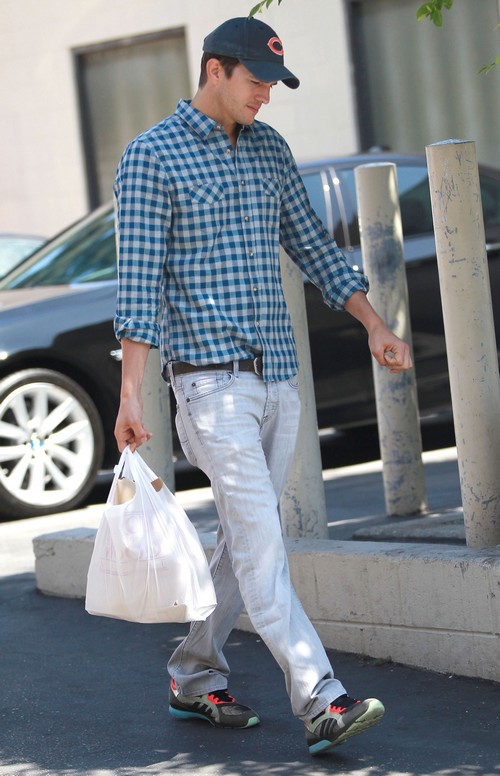 According to the latest report from Star Magazine, Ashton Kutcher is hiding his engagement with Mila Kunis from Demi Moore. Sources explain that Ashton and Mila have already gotten secretly engaged, but Ashton doesn’t want the news to reach Demi in case she has another breakdown.

Sources add, “[They are] keeping their engagement on the down-low to avoid the wrath of Ashton’s soon-to-be-ex-wife, Demi Moore. He gave Mila a promise ring for now because giving her a big engagement ring would only fuel Demi’s hatred.”

Although Ashton and Mila have yet to publicly announce their engagement, it’s conceivable that they don’t want to do anything until Ashton’s divorce to Demi is final. Technically speaking, he’s still not legally separated from her, so I can see why he wouldn’t want to officially announce a new engagement when he’s still legally attached to someone else. Of course, preventing Demi from having another breakdown could be a part of it.

I mean, you have to ask – considering that a possible engagement between Ashton and Mila has been all over the news – including tabloids and blogs – is it possible that Demi already knows or suspects that Ashton and Mila are very, very serious? Or maybe she avoids the Internet and has no idea.

Ashton and Demi were spotted chatting the other day, possibly going over their divorce and separation documents. They didn’t look angry or upset, and sources stated that they were trying to keep things professional. It’s clearly not an easy conversation to conduct, but kudos to Ashton and Demi for getting through it. And then, Ashton picked up Mila from LAX after she returned from the Toronto International Film Festival, and they drove off.

So Ashton’s still in touch with Demi, but he’s making sure he doesn’t make this any worse for her? Well, it’s actually one of the nicest things the tabloids have insinuated about Ashton in the past year. You wouldn’t think he would go out of his way to think about someone else, but if he really did, then that’s admirable. Of course, if he and Mila really are engaged, then it’s only a matter of time before Demi finds out.