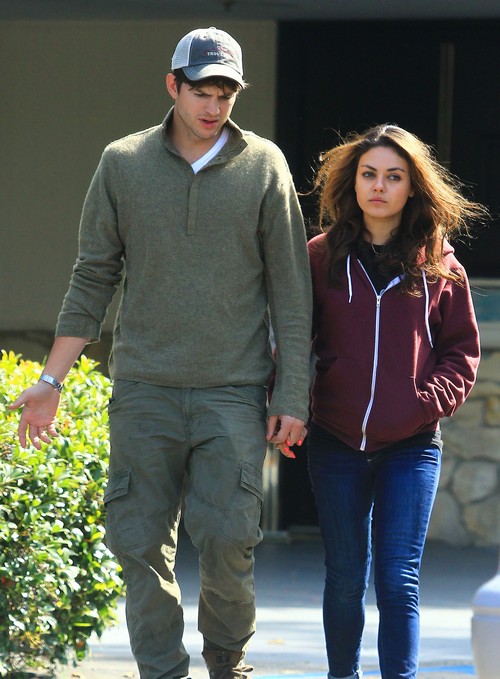 Has Ashton Kutcher finally popped the question to Mila Kunis? According to the latest report from OK! Magazine, Ashton and Mila are engaged.

A source tells OK!, “Ashton would love to do something simple yet romantic, like elope, but Mila is insisting on big, traditional wedding. Roman Holiday is one of her favorite movies, so she would love to design the wedding with that film as the inspiration. She is utterly enchanted with aristocratic life in Italy in the 1950s, and wants a theme wedding in Rome!”

Well, there have been many, many, many rumors about a possible engagement between Ashton and Mila, so it’s not very surprising if this turns out to be true. However, Ashton’s divorce to Demi Moore still isn’t finalized, and I think everyone assumes he’s waiting for that to go through before announcing his engagement. It would be kind of ridiculous to reveal that he’s engaged to Mila when he’s still married to someone else, and I don’t think Mila would be totally cool with that.

Actually, I’m quite surprised she would even say yes at this point. For some reason, she seems head over heels in love with Ashton [beats  me why], but she doesn’t really seem like the girl who would be cool getting engaged to a dude who’s still married, right? I know that it’s all technicality, but it’s still ‘official’.

Of course, whether they’re engaged or not, expect to hear something more concrete on that end once Ashton’s divorce to Demi does go through. But in terms of how long that will take, only Demi and Ashton know.

What do you guys think? Are Ashton and Mila really engaged? Let us know your thoughts in the comments.