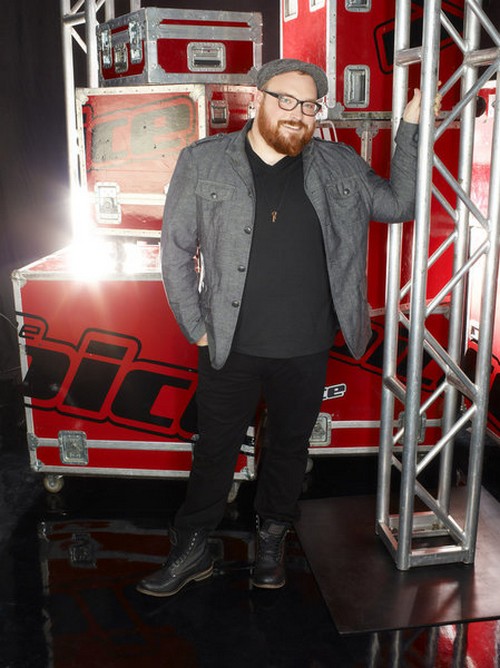 Austin Jenckes took the stage tonight on THE VOICE for his Top 10 video performance.  Austin Jenckes sang “Your Love” by The Outfield.  Tonight’s show the remaining artists from each coach, Christina Aguilera, Adam Levine, CeeLo Green and Blake Shelton team performed live for America’s vote and the chance to move on to the Top 8.

Judges Comments: Blake believed that was his break out performance; since day one they were trying to master this range in his voice and loved how he was so good. Christina was surprised with how hard he rocked that song and was impressed. Adam felt it was really great and loved how amazing his range was; the sound of his voice and his high tones was really good. CeeLo says that he is a fan of his and didn’t realize he had that much range; it looked so effortless and he is just amazed.

On last week’s show Austin sang “It’s a Great Day to Be Alive” and the judges loved his performance.  The judges said this about his performance, “Blake says that he is so solid when he gets on the stage every single time, the thing about him doing country is to get the fan base to embrace him and that he completely nailed the song.  CeeLo says that he likes Austin a lot and liked the way he made the song his own, Adam believes the high note he hit was so beautiful and it was perfect.”