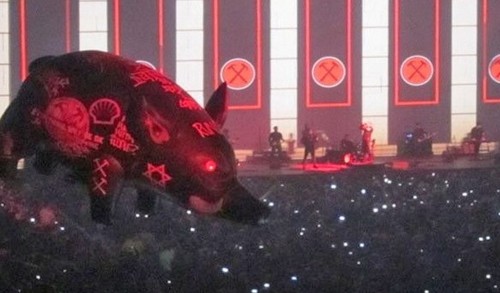 Pink Floyd and its lead singer, Roger Waters, are currently using Bar Refaeli‘s faces for glamour shots during their concerts – and Bar Refaeli does not like it.

Considering that Bar is Israeli and Waters is a ‘vocal supporter’ of the racist, hypocritical, and anti-Semitic campaign against Israel titled ‘Boycott Divestment and Sanctions Against Israel’, (BDS) and often uses acts that degrade, Jews, Israel, and its culture, including floating a pig shaped balloon with the star of David. Anyway, Bar is obviously proud of her country and doesn’t want to be associated with someone who is against it in any way, so after she found out that glamour shots of her were being used in their concerts, she tweeted, “Roger Waters, you should remove my picture from videos at your concerts. If you’re going to boycott, then go all the way.”

Bar sometimes says and tweets things before she really thinks about them, but in this case, you have to support her. I don’t think Waters thought of the correlation between Bar and Israel when using shots of her, and he was probably just looking for a hot model to put in the shots. But she is absolutely justified in asking him to take down her pictures – first because it’s unauthorized use of her pictures, and secondly, because she doesn’t like what he stands for. It’s an understandable sentiment, and I think I would feel the same way if someone insulted my country and then used my picture to promote their concert or music or whatever.

What do you guys think about Bar’s tweet? Do you agree with her, or do you think she overreacted? Let us know your thoughts in the comments. 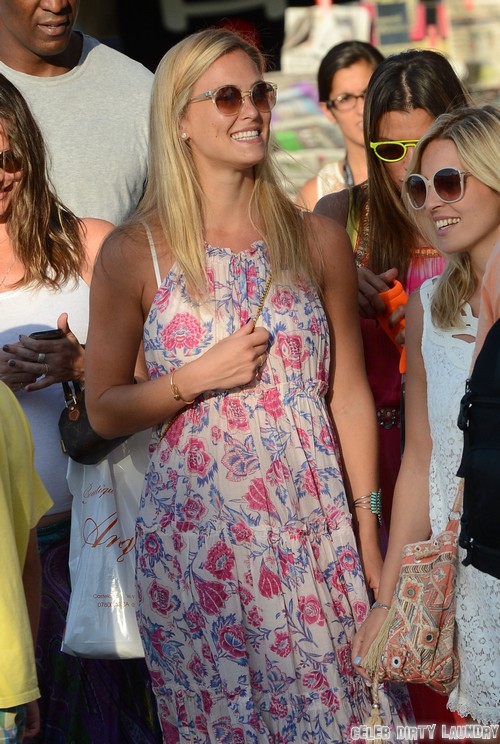