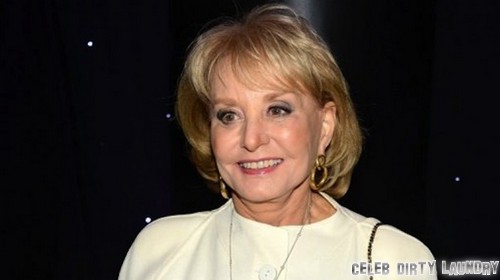 Veteran newscaster Barbara Walters is finally taking a break for herself and is retiring! Good for her — after a 52-year career in the business, she is reportedly gearing up for a retirement announcement in May 2014. Congratulations to her!

Deadline Hollywood has the scoop:

Fitting for Walters’ status as the grand dame of TV journalism and a signature face of ABC News, I hear she would be given a big sendoff with retrospectives and other special content in the weeks leading to her retirement that would celebrate her 52-year broadcast career. Walters had been determined to leave on her own terms, so it is unclear whether revealing the plans would make her change her mind and whether she would go for a full retirement or keep some TV presence with occasional appearances and specials.

A source revealed, “She’s one of a kind and what she has done is remarkable. There will be an announcement about her retirement soon.”

Kudos to her on her illustrious career as a newscaster for five decades. She’s broken boundaries, talked to legends and has been a force to be reckoned with.