Barbara Walters Leaves “The View” Too?

BY Cate Meighan on March 9, 2013 | Comments: one comment
Related : Barbara Walters, The View 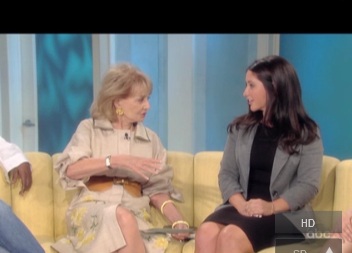 Oh boy, diehard fans of ABC’s The View must be losing their minds this weekend. First Joy Behar announced that 16 years at the table were plenty and that she believes that it is time to move on to something different. Then we learned that Elizabeth Hasselbeck has finally alienated enough viewers with her unapologetic Republican rhetoric and has been informed that she’s not coming back for another season. Now we’re hearing rumblings that the 83-year old head of the round table, Barbara Walters is contemplating an exit of her own.

Let’s be real here, Barbara is no doubt beginning to feel the effects of age and her declining health so an exit wouldn’t be a real stretch. But is there even a show without her? Barbara has always been the news person of the bunch and the one that throws the gauntlet of credibility down on that table. In order to continue on that would need another news power player to continue that trend.

Joy leaving will sadden many viewers and the majority of those same fans are probably happy to see Elizabeth get axed. Although her firm views often caused conflict and that provided a catalyst to some really heated exchanges. While I have rarely agreed with her standpoints I will at least respect her for going toe to toe with some power house names in the business.

Do you think that Barbara will check out now while there is already some major upheaval, or will she instead stick around to help the show transition through it?  Will you miss either Joy or Elizabeth this September when new faces appear at the table?  Would you miss Barbara?  Can the show continue without her? Tell us your thoughts in the comments below!