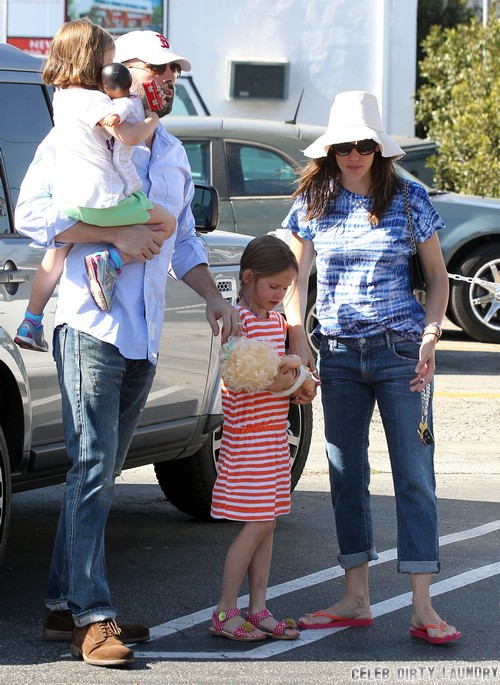 A source for the Enquirer claims that a big time Hollywood producer, “has big plans to convince the Oscar-winning actor/director and his beautiful wife to do a blockbuster reality show.” The source adds that the producer, “aims to show how an A-list celebrity couple handles the trials and tribulations of life in the showbiz fast lane. He wants to reveal the secrets behind Ben and Jen’s eight-year marriage.”

This source also explains, “It would be great for them to open up about their lives. It would help people understand why Ben said ‘marriage is hard work’ in his Oscar acceptance speech this year.”

While it’s not unheard of for celebrities to do reality television, the only way you’ll get an A-list couple like Garner and Affleck in front of a reality TV camera is if you threaten them with something. They’ll go on talk shows, and they’ll even go on game shows, but there is no way they’ll let a camera into their home.

I’m by no means calling them saints – they call the paparazzi when they need the publicity, and they’ve been known to give personal interviews when it suits them and hold back when it doesn’t. However, there is nobody on the A-list in Hollywood that would be ok with being part of a reality television that would tape their private lives, simply because it would dilute their brand.

Reality TV is for C listers and maybe B listers who are out of work. Everything in Hollywood is about your brand – Jennifer Garner and Ben Affleck have a really strong brand right now. They are the Hollywood supercouple – he an Academy Award winning producer and director, and she…. well, she’s an actress who’s still working, I guess. Reality TV does not equate with Oscar nominee. It just doesn’t.