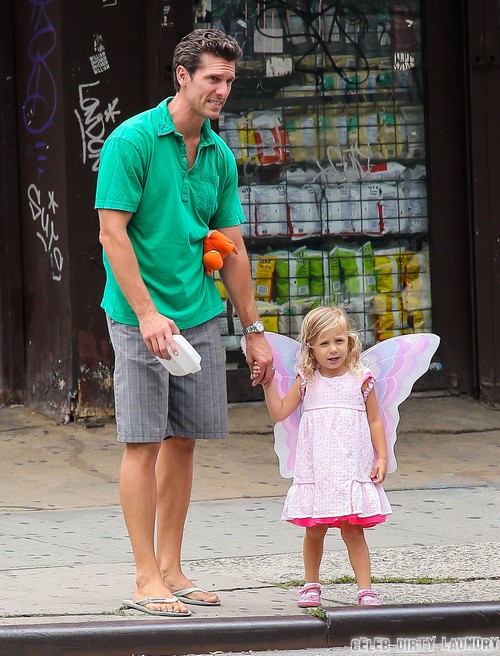 Bethenny Frankel insists that she’s not interested in dating anyone and that her own heart and body are completely closed for business but that isn’t stopping her from talking about sex – a lot. Her new talk show has cranked out segments on twerking, strippers and nude yoga and according to sources it’s all for ratings. Frankel watched as Kris Jenner’s show bit the dust almost immediately and she realized that rather than being the sad divorcee’ she better crank up the heat.

According to the Sept. 30th print edition of In Touch shock and awe is Frankel’s motto rolling into her first full season on the air and she wants to make sure that her viewers are tuning in each and every day. One person mortified by Frankel’s sex obsession is soon-to-be-ex-husband Jason Hoppy. The two are still deadlocked in an ugly divorce battle where they are fighting over everything from the million dollar penthouse in which they both still live (!!) to the coffee mugs in the kitchen.

Most importantly both are at war over who should have custody of 3-year old Bryn and Jason now believes that painting Frankel as a sex-crazed nympho in court will possibly give him the upper hand. Do you think that Frankel’s on-air antics really matter in terms of how she raises her child when not at work? Bryn is still far too young to watch TV or Google her mother so at this age she’s not too likely to be embarrassed yet. Is this more about Jason not wanting to see his ex even appearing remotely interested in another guy, let alone on camera? Tell us your thoughts in the comments below!