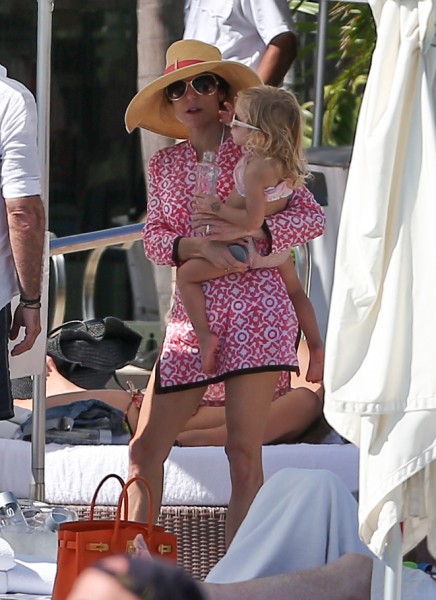 The split everyone knew was coming continues to surprise me. I always knew Bethenny Frankel would divorce Jason Hoppy after a few years. He served his purpose within that time frame. He gave her a kid and played the loving husband opposite her controlling shrew persona on all her reality television shows. Take your check Jason and hit the road. But, not so fast. According to TMZ, Bethenny isn’t letting Jason off the hook for impregnating and supporting her crazy that easy. She’s asking for things – a lot of things – and I wish Jason would throw out a “Bitch please” but he’s way too white bread to fall down to my level.

In new legal documents, Bethenny’s asking for (among other things): child support, medical, dental, optical, therapeutic, and orthodontic expenses for her and Bryn, and life insurance making her and Bryn beneficiaries. She’s also asking for the house (that was a given), and primary custody of their daughter. I suppose it’s nice she threw him a bone and isn’t demanding full custody but whatever happened to joint?

So is Bethenny dipping into her Skinnygirl margaritas a little too much or does this all seem fair? She’s reportedly worth between $25 and $55 million but I thought she was worth much more than that. Apparently Jason has made money is real estate but why the hell should he have to pay all that when he’s not even getting joint custody? There’s a prenup so I’m not sure how much of these demands will be news to Jason, although since he’s lived with her the last two years, nothing she does should ever really be surprising.

Does all this seem a little too harsh? The student has officially become the master, eh Katie Holmes? I assume because Bethenny believes she’s taking on much of the child raising then the least Jason can do it fork over some cash but that can’t be his idea, right? From what I’ve seen, Jason doesn’t seem like the absent dad type. This divorce might get dirty. Am I a total biotch for saying I kinda want it to? Bethenny tends to steamroll and I want Jason to show some backbone. These Bethenny Frankel/child support demands just give me a real shady vibe. You?