Bethenny Frankel Takes to Twitter and Bashes All Men — Still Bitter From Her Jason Hoppy Divorce! 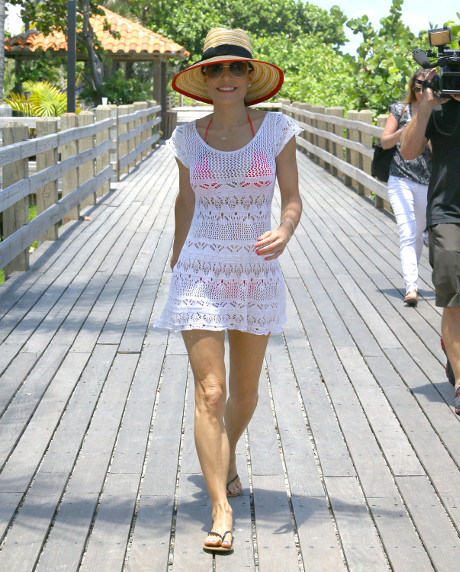 Bethenny Frankel has developed a huge grudge against men; she recently filed for divorce in December of last year from her husband, Jason Hoppy, but he wasn’t the first husband to feel the divorce drama. She divorced her first husband, Peter Sussman, back in 1997.

Bethenny has been making a lot of offensive comments towards men lately; her most popular one, which she tweeted out this morning, said, “It is National Dog Day. I’d like to dedicate it to Cookie & all of the other men, ahem, I mean dogs, out there.” Cookie so happens to be the name of my dog so I thank her on that regard but to just call all men dogs is not only sexist but plain ignorant. Has she taken the divorce from Jason Hoppy that bad?

What about Bethenny’s daughter Bryn Casey Hoppy? She might only be 2 years-old right now but if she continues this man-hating then she could raise her daughter to be the same way, which would be very sad because not all men are dogs; if anything, Bethenny looks more like a dog than anything.

Some of her fans have even wondered if her talk show is only going to be about “male bashing,” because her show is primarily targeted towards a female audience, as its main priorities are placed upon women’s issue. Either way, it is no excuse for Bethenny to be as sexist as she has been. Even as a joke it seems quite tasteless.