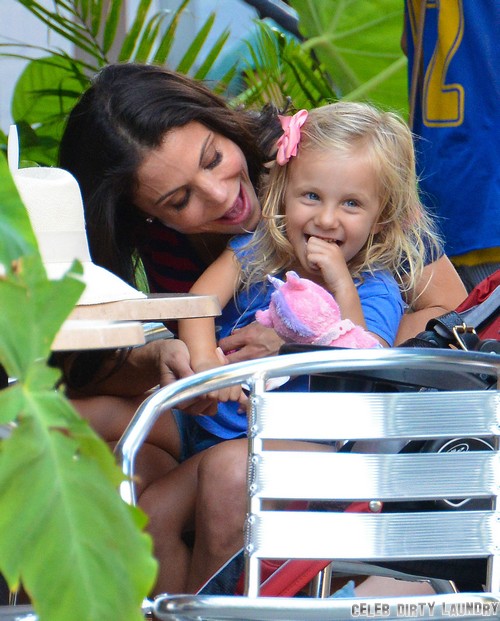 We know that Bethenny Frankel and Jason Hoppy haven’t exactly had the most amicable divorce, what with all the fighting, tabloid reports, and custody issues.

Bethenny opens up about the ‘messy’ split and divorce in an exclusive interview with Life & Style Magazine. She explains, “It’s been hard. It’s been difficult to stay sane.”

Bethenny and Jason are both continuing to fight over their NYC home, which Bethenny still uses to shoot her new reality show and Jason still lives in. Bethenny explains, “For every rough thing there’s a reason for it, and there’s a reason you had those struggles. When you’re going through a rough time, you have to say, ‘I know I’m going through these hard things and even though it’s difficult to see it clearly…the light is coming at the end of it.’”

Vague answer much? No accountability taken for what she’s doing, just a series of answers that could be about the weather as much as they’re about the divorce.

Of course, she also adds, “[Bryn, my daughter] is unbelievable. She is the light of my life, and she gets me through this.”  But at the same time Beth implies she has no time for her daughter, “We’re shooting two shows a day, three days a week — I’m really going hard-core.”

Of course Beth is going hard core – she is a hard-core famewhore. Let’s not forget this is the greedy ambitious mother who left her sick 2-year old at home so she could go out to dinner.  Of course after the story of her lousy parenting broke she made sure to have sweet photo ops showing how much she loves the little girl – BARF!

It’s so easy to see right through this. It’s obvious that Bethenny is mentioning her daughter to gain sympathy from those who read this interview. Obviously, she wants to keep her fan base intact for when her new talk show ‘Bethenny’ premieres this September. What is with all these reality stars and their talk shows lately? First Kris Jenner, and now Bethenny Frankel. It’s a conspiracy to make us all lose IQ points so we keep watching more reality shows.

Anyway, what do you guys think about Bethenny’s comments on her divorce? Was she being diplomatic or throwing Jason under the bus? Let us know your thoughts in the comments.