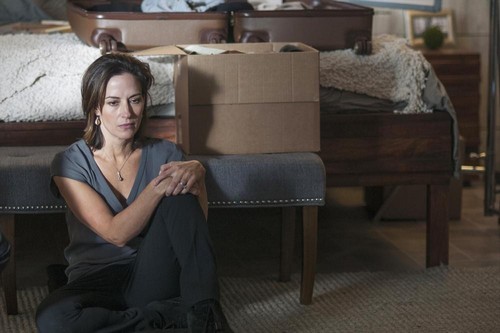 Tonight on ABC their sensual and gripping new drama BETRAYAL continues with a new episode.  On tonight’s show called, “…One more shot” Karsten is haunted by his part.  Did you watch last week’s episode?  We did and we recapped it right here for you.

On last week’s show neither Sara nor Jack’s families would ever be the same after Drew’s discovery of the affair. As Sara and Jack attempt to navigate their newly fractured relationships with their spouses and children, Elaine sought support from an unlikely source. Meanwhile, a despondent Drew discovered information that could reopen Lou Mrozek‘s murder investigation, and Zarek, anxious to please Karsten, resorted to drastic measures to deal with Brandy.

On tonight’s show TJ becomes reckless after a traumatic event leaves him unable to cope. His predicament forces Karsten to confront his past and take drastic measures in the present. Meanwhile, as Valerie and Victor celebrate their birthday, Jack realizes he’s become disconnected from his family. Sara and Drew struggle with the new dynamic at home and how it impacts their son.

Tonight’s episode is going to be another great episode, which you won’t want to miss. So be sure to tune in for our live coverage of ABC’s Betrayal Season 1 episode 7 — tonight at 10PM EST! While you wait for our recap, hit the comments and let us know how excited you are about the return of Betrayal tonight.  Check out the sneak peek video below!

Jack and Sarah have decided to stick it out whatever is next together. They know they hurt their spouses and more importantly their children. But ultimately they feel their kids will understand. They never meant for it to happen and yet it did so it’s best to look forward. Sadly, this easier said than done. Sarah and Drew hadn’t gotten around to informing their son about their separation. That’s why the little boy finds it odd when his parents aren’t interacting the way they used to. He made them kiss each other in order for thing to go back to where they were.

Thatcher is struggling with Brandi’s death. He never gave the order to Zarek to kill her. He’s sometimes nonexistent morality code does rears its head now and again. He doesn’t believe in hurting children. What else can you call leaving Brandi’s daughter an orphan? He had his people on the police force look into and luckily no one suspect foul play but he still hates being associated with it. How is he going to explain this to TJ? His son is already in mourning.

At the moment, Thatcher is doing his best to cheer up TJ. He’s had prior experience with his situation. He was in love once. She was a singer and she was black. Their relationship had its own pitfall but he had stuck it out. Then he lost her.

Sara has been given a wonderful opportunity to take photos for a reporter. It’s something new and gritty. She’ll be taking shots of a protest. Usually she only took glamour shots. At the scene, she got too much into an officer’s face and he chose to arrest her and her colleague. Guess she was still too new for the scene. Luckily she knows two good lawyers.

Jack does need his confidence boosted right now. He tried to get another job only to learn the firm interested wanted him for what he used to do for Thatcher. Greasing the wheels. Sorry but Jack can’t be that man anymore. He wants to be an honest lawyer. Like Drew maybe whose currently digging into Uncle Lou’s murder with renewed vigor.

Jack got Sara out in time for her to do bedtime with her son. She was just getting ready to tuck him when she notice object under his bed. They don’t belong to neither her or Drew though. They came from Ollie’s school. Ollie has been stealing things. He did it after he was unable to reach him mom when he got a bad dream.

She tells Drew they have to tell their son the truth.

Jack has to go to his kids’ birthday but unfortunately ran into cousin Zarek outside of the house. Zarek needs his help. He got Thatcher to give him another chance to be his right hand man. However he doesn’t know where to start. This was Jack’s territory.

Jack refused to help and Zarek opened his bug fat mouth. He told Jack he got rid of the girl for them he deserves some respect after what he did. Jack isn’t interested. He’s in fact disgusted. He wanted to get answers from Thatcher and he can’t. He’s not part of the family anymore. A fact made clear when his son ignores him and his daughter asks if he’s coming back.

Thatcher has always been about the bottom line. That’s how he lost the woman he was in love with. He killed the man that was attacking her but he didn’t do it for Susan. He did it to show his own strength. Susan couldn’t live with man she witnessed do such a thing and so she left him. She saw the danger lurking underneath. If only Zarek saw that same in danger in time. He couldn’t be the next Jack. A Jack is what Thatcher needs. Zarek never saw Thatcher getting is hands dirty enough to kill him himself.

Sara and Drew told Ollie and he admitted to further thefts. Afterwards Drew realized he didn’t want to lose his family. He asked Sara to stay and work it out but she wouldn’t. She admitted to having feelings for Jack. Her affair was more than sex.

Thatcher took care of Brandi’s daughter. He set up a trust for her and made sure she went to people that will love her. He never got the chance to do that with his daughter with Susan but he could do that for someone now.