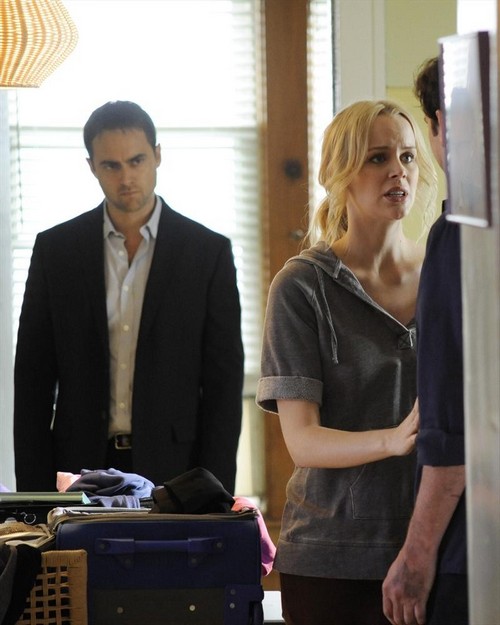 Tonight on ABC their sensual and gripping new drama BETRAYAL continues with a new episode.  On tonight’s show called, “…Nice photos” Sara enjoys a new found confidence while Brandy is used as a pawn in Karsten and Drew’s tug of war.  Did you watch last week’s episode?  We did and we recapped it right here for you.

On last week’s show Sara and Jack’s secret trysts caused Jack to make an effort at home and Sara to blossom with a new sense of self-confidence. Meanwhile, T.J.’s new friend, Rodney, finds a crucial piece of evidence in Uncle Lou’s murder investigation. As Drew’s case of corruption and bribery is crumbling, he tries to coerce Brandy in a last-ditch attempt to trap Karsten.

On tonight’s show Sara’s concern about Jack’s and her relationship being exposed intensifies. Jack makes a difficult confession that leaves him vulnerable and exposed, but brings him closer to Sara than ever. Meanwhile, Drew obsessively tries to find out what his wife’s been up to.

Tonight’s episode is going to be another great episode, which you won’t want to miss. So be sure to tune in for our live coverage of ABC’s Betrayal Season 1 episode 6 — tonight at 10PM EST! While you wait for our recap, hit the comments and let us know how excited you are about the return of Betrayal tonight.  Check out the sneak peek video below!

Sarah was looking through her camera when she spotted the picture of herself. She knows that Drew was looking through it and now has to wonder if he spotted the photo. She tries to play by ear to see which things Drew saw but he’s smart. He pretends he only saw the photos their son took and nothing else. The moment he’s by himself he looks again at the picture of a naked Sarah. He transferred it onto his computer.

Soon he begins to investigate using the picture. He was able to spot a male in the background but didn’t get a close enough image in the face. He tries to unlock her phone only to find he can’t do it alone nor will the phone company help him hack his wife’s phone. He’s so busy obsessing that his case is literally falling apart around him.

Brandy couldn’t get Thatcher to admit to anything on tape. He was on alert the second she came in. It’s why he has blues music piping in the room. It drowns out sound for anyone listening in. He almost caught her when she was taking off her clothes but she got lucky with the arrival of TJ. TJ ends up almost admitting to lying on tape when she stops him. After the feds refused to entered when she spoke the safe word; it safe she won’t be following anymore directions. She tells them she’s out.

A good thing too. The guy that stole TJ’s gun from the original guy that stole gun was found dead the next morning. He was shot with the gun. He has prior history of violence so the cops now believe he was the one to kill the uncle.

Jack hasn’t heard the news of that revelation yet. He’s caught up with Sara trying to explain why he took the photo in the first place. Once she got him to say he was sorry he forgot to delete it she figured she should admit to some truths. Like purposely going to meet his wife. Despite claiming she doesn’t want to leave Drew she asks jack if he loves his wife. He does in his own way.

After that meeting all he wants to do is spend time with Elaine but she’s too busy right now. He goes into work to find he’s also has a busy schedule. Thatcher wants him to go talk to Brandy. He wants to quiet her before desperate measures have to be taken. Jack goes only to find he won’t make it past her guard dog, TJ. TJ doesn’t want Jack to threaten or yell at her. Not when he knows what type of man Jack really is. He knows Jack has always hated him and even let him drive during the night of his accident because he didn’t care. Jack resents the family that took hi in.

Later TJ offers to help Brandy any way he can.

Jack vents his anger all over his love shack. Sara finds him among the broken objects with his bleeding hand. She gets him to open up on that night. TJ wasn’t driving drunk that night but Jack was. He drove and when they crashed into the lake; he at first left TJ. He went back for him after TJ had lost so much air. The brain damage TJ suffers from happened because of Jack.

The confession allows Jack and Sara to get closer the same time her husband is near to finding out where they’re hiding. He found the building but was too late technically breaking in. He missed them by minutes. He did find Jack’s blood though.

Drew has had enough. He follows Sara to what he thought was a meeting with her lover. It’s not. Luckily he didn’t embarrass himself but he did come out and ask his wife if she was having an affair. She explains it all away until he caught the blood on her shirt. He knows that it wasn’t a one shot photo shoot. She’s lying.

Jack was able to speak to the D.A. calmly. He got him to drop all charges and when he was finished he quit. He doesn’t want to work for Thatcher anymore. He was leaving the furious Thatcher with that news and runs into Drew outside of court. The ever observant Drew noticed the bandage on Jack’s hand. He was going to dismiss it when he saw jack calling someone and Sara’s phone rang. Both men noticed it at the same time.