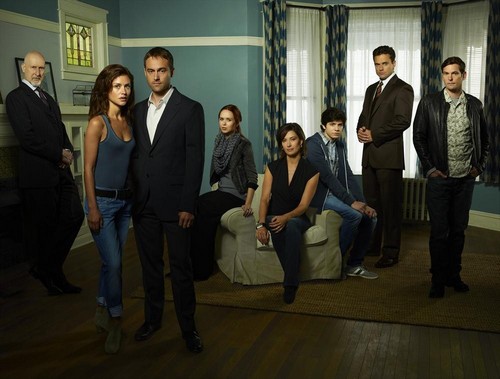 Tonight on ABC their sensual and gripping new drama BETRAYAL continues with a new episode.  On tonight’s show called, “That is not what ships are built for” Karsten resorts to unsavory tactics when he feels the hold on his kingdom slipping through his fingers.  Did you watch last week’s episode?  We did and we recapped it right here for you.

On last week’s show hot, heart-racing fantasies threw Sara off balance as she attempted to resist the powerful pull of her affair with Jack. As Drew tried to get to the bottom of Lou’s murder, he had a heated face off against Jack in court for T.J.’s bail hearing. Reeling from her husband’s death, Connie feared for her own life, and with good reason. Meanwhile, Thatcher tangled with Jack about past recriminations and guilt surrounding T.J.’s car accident years ago.

On tonight’s show Drew confronts Sara about her recent whereabouts, but does he already know about Jack? And with the hold on his kingdom beginning to slip, Karsten resorts to unsavory tactics in an attempt to stay in power. Meanwhile, TJ tries to find his independence, even if it means running with the wrong crowd.

Tonight’s episode is going to be another great episode, which you won’t want to miss. So be sure to tune in for our live coverage of ABC’s Betrayal Season 1 episode 4 — tonight at 10PM EST! While you wait for our recap, hit the comments and let us know how excited you are about the return of Betrayal tonight.  Check out the sneak peek video below!

Sarah and Jack are back at it. Against all odds the two have restarted their relationship. Everything else may be falling apart but the lovebirds are going to ignore it in order to be together. Although they were interrupted by Alissa during one of their interludes. Alissa never got to learn Jack’s real name but that doesn’t stop her from having something to say. She cautions her friend. She doesn’t want her to escape an unhappy marriage by making everything worse. Alissa suggests some therapy could do some good.

In the meantime Drew’s case blows up in his face. Earlier he had to deal with the wrath of the Feds who felt like he destroyed their cases by rushing into thing too quickly. He had reassured him only to lose later on in court on bail for TJ. Jack on the other hand thought he tried the situation perfectly. What he didn’t know was that Thatcher had gotten to the judge. He’s been sleeping with her for years and she eased the way for him once again just like she always does.

Yet he’s not happy. His girlfriend tried to warn him and he didn’t listen. The tides are changing. People won’t want to associate to him with this scandal hanging over his company’s head. Banks won’t back him and people working for banks no longer pay him the respect he feels he deserves. While the case is ongoing, he’s screwed.

Drew needs to find some corner to gain back ground. He does it by blackmailing Brandi with immigration. He wants her to plant an illegal bug on Thatcher. It seems he’s not afraid to get dirty just as much as his counterpart.

But who got really dirty? Someone followed either Jack or Sarah and they took snapshots of two of them on one of their assignations. Jack had taken her to his family’s boat. A place he never even took his wife and children to.

It’s a good sojourn. It helps him escape TJ’s homecoming. All of the family is there including the bug carrying Brandi. Then there is Thatcher who is coming down from an embarrassing business dinner. So the night smells of disaster to begin with. Where do they assume Jack is? They think he’s working on the case. He’s working on an uninterrupted night with Sarah.

Such hard work makes him miss out on Brandi planning a listening device in Thatcher’s office. She was nearly caught by Valerie but managed to play it cool.

By the next morning, Thatcher spiral further out of control. He went to Drew and Sarah’s son’s school. He thought he could threaten Drew there but he was wrong. Drew isn’t scared of him and this appearance only shows that whatever the case lacks it also makes up in making Thatcher nervous.He showed his hand.

The person following Sarah and Drew around turns out to be family. Karsten Family. He was hired to learn everything he could on Drew. What he found is that it really a small world after all. The relative feels he should be earning respect by now and Jack is going to help supply it.

Jack returns home to find his daughter had a sleepover with his IT girl. He agreed they could date but he doesn’t want to picture his daughter having sex. He’s one of those parents. Do as I not as I do. Before Sarah, he used to sneak around with Elaine. A fact that disappeared until Elaine remind him.

Drew did finally get authorizations for his bug. Soon he’ll begin to listen in. If he’s lucky Thatcher will mention his recent torture of a member on the zoning board.

All of this because TJ got busted. He’s supposed to be out and free yet TJ went and found trouble. He hooked up with something his prison roommate encouraged to meet. The guy he meets wants to go straight. However he could get tempted once he sees TJ’s gun hidden in the trunk of TJ’s car.

The Feds will know about any extortion attempts if they occur. They’re wire is up and running.