Beyonce Feuding with Miley Cyrus Over the Drug Molly? 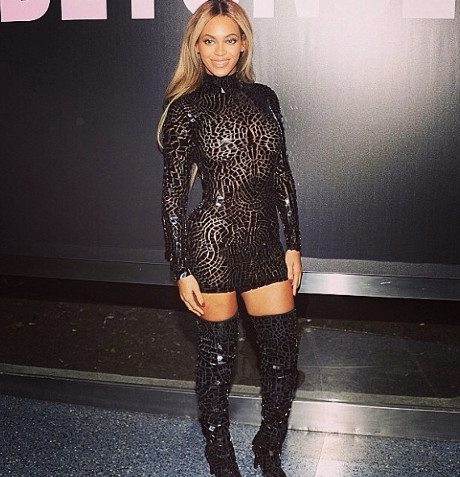 Are Beyonce and Miley Cyrus feuding over the drug molly? Apparently, according to a recent headline from In Touch, Beyonce “clashes with Miley” over the drug molly. Beyonce posted a picture of herself (above) on the red carpet, captioned with “I don’t pop molly,” a clear reference to one of her husband’s songs. However, the magazine took that to be a direct jab at Miley, who released a song  glorifying the drug just days before Queen Bey’s alleged ninja attack.

Honestly, I think Beyonce has bigger things to think about than subtly throwing shade on Miley, but who knows . . . maybe Beyonce is starting to sweat a bit now that Miley is becoming one of the most-talked about performers in the world.

The mag writes, “Although Beyonce borrowed the quote from her hubby Jay Z’s hit ‘Tom Ford,’ the apparent dig comes just days after Miley glorified the form of Ecstasy in the remix of French Montana’s ‘Ain’t Worried ‘Bout Nothin.’”

Do you think Beyonce honestly cares about what Miley Cyrus does? Let us know your thoughts in the comments section below. We think this story is a bit of a stretch. But, don’t get us wrong, stranger feuds have erupted in Hollywood before. Who knows? Maybe Beyonce vs. Miley will be the celeb war to look forward to as we ring in the New Year.