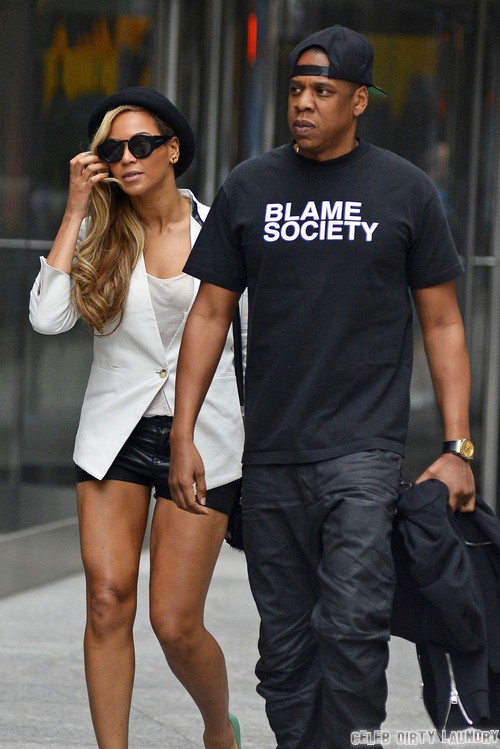 Remember back when Rihanna first burst on the scene a few years ago? She clearly was a bundle of talent and looks and she had Jay-Z’s backing all the way. She made it clear pretty early on that she didn’t want to blend in with the crop of female singers of that time and I think we were all excited when she dropped Good Girl Gone Bad because then she seemed more authentic. Rihanna has always been an edgy chick and her music and stage presence should reflect that.

Somewhere along the way, while her music still sells like crazy, Rihanna has willingly turned into a walking trashbag. I get that she has never claimed to want to be a role model, but was she aiming to be considered a drug addicted, attention seeking whore instead? Well, that’s exactly what Beyonce is wondering too, according to the July 15th print edition of National Enquirer.

Bey feels that she herself has worked hard to promote strong female role models and empowerment in women and the Jay’s protege is unraveling what she has worked to accomplish. Ya know, as Bey sings about not objectifying women Rihanna is in Amsterdam shoving a mic in her crotch to get a crowd reaction. Bey has actually had a chat with Rihanna about it and is particularly pissed off about the younger stars’ showing up hours late for her own shows! That in itself is a huge no-no in Beyonce’s book. Many things can slide but being professional isn’t one of them!

Will Rihanna take Beyonce’s advice or is she going to continue doing exactly as she pleases until the consequences of her carelessness catches up with her? Tell us your thoughts in the comments below!