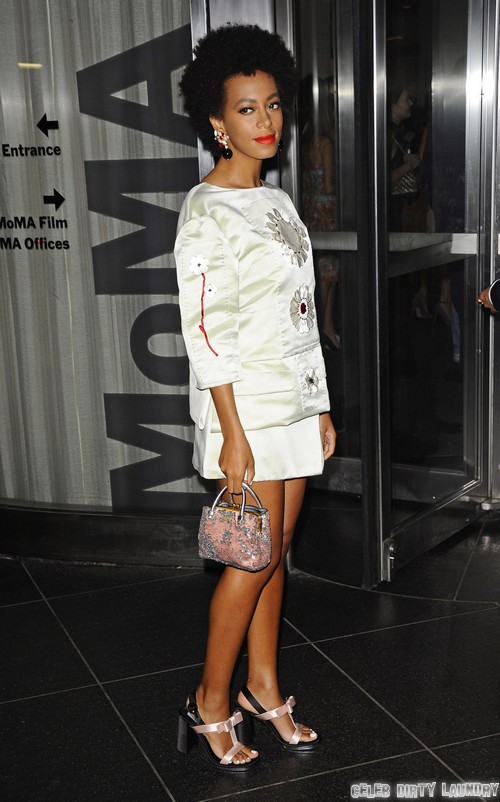 Beyonce’s less famous sister, Solange Knowles, surprised the world when she decided to cancel her European tour at the last minute, citing mental and physical health reasons. She released a statement saying, “I am completely devastated … I really had to make the best decision for my mental/physical health and provide some stability for my family.”

Although Solange claims that stress from her move to Brooklyn caused most of the issues, sources tell Radar that it was Solange’s fondness for weed and drugs that might have caused these ‘physical and mental’ health reasons.

Solange had a performance at the Pitchfork music festival last week when she reportedly told the audience, “I smell a little bit of herb out there. If you have any, now is the perfect time to light it!”

Solange has always been very vocal about her fondness for weed, but by now, I think it’s obvious that weed isn’t really a ‘dangerous’ drug, per se, at least for most users. I don’t see how that would lead to her cancelling a month long tour, especially because plenty of musicians engage in far more dangerous drugs during their tours and are just fine. It’s more likely that Solange did have some personal issues, but I wouldn’t credit that to weed. Maybe some other hard drugs, but not weed. Of course, she claims to be spending time with her son during this break, but we’ll have to wait and see if that’s actually true or not.

What do you guys think? Is it Solange’s weed habit that caused her to cancel her tour, or something more serious? Or did she genuinely want to spend time with her family? Let us know your thoughts in the comments.

Solange attends the ‘Blue Jasmine’ New York Premiere at the Museum Of Modern Art on July 22, 2013 in New York City