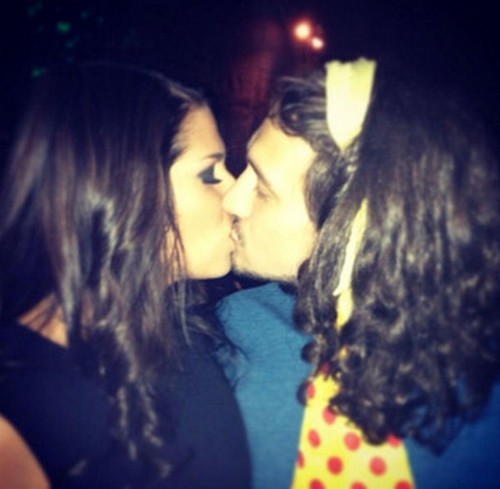 Is Amanda Zuckerman getting serious with boyfriend McCrae Olson – it sure looks that way! Amanda has been tweeting steadily since Big Brother ended, and she recently tweeted, “Another beautiful day in sunny south Florida, wake up spider monkey lets go lay by the pool!”

Of course, ‘spider monkey‘ can only be referring to McCrae, especially since Amanda and McCrae have pretty much been inseparable since the show ended. Some people thought that Amanda and McCrae were definitely conducting a showmance, but even if they were, it looks like it’s turned into something more serious.

Unless the couple is real, there’s no reason for her to continue her romance with McCrae now that the show’s ended and they don’t have to live together anymore. They’ve already proved their haters wrong by staying together as long as they have, and they don’t look like they’ll be breaking up any time soon.

You know, as much as has been said about Amanda and her co-stars on this season of Big Brother, there’s also something to be said about sticking with a romance outside of a reality television show. They had reasons to be together on the show, but Amanda seems like the kind of person who wouldn’t break that kind of commitment easily. Sure, it was initially for a television show – but who says it wasn’t real? The fans? The producers? Why can’t something that started out one way become something more serious? It’s not the first time that’s happened, and in fact, that’s what the entire premise of arranged relationships and marriages is based upon.

What do you guys think about Amanda and McCrae staying together? Let us know your thoughts in the comments.