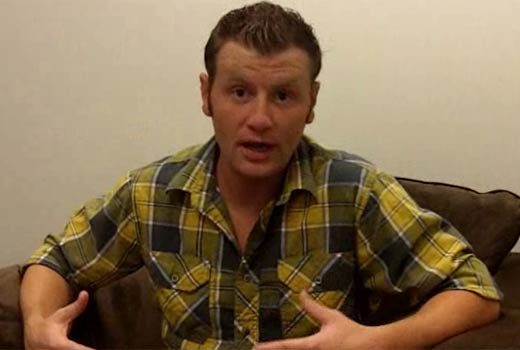 So much has happened in the Big Brother 15 house since episode 31 on Thursday and just when an “all men” alliance looked like it was about to happen, GinaMarie Zimmerman goes and turns the house upside down. Spencer Clawson won HoH and put up Ginamarie and McCrae Olson for eviction.

During the PoV competition GinaMarie got hurt and can barely walk; there is even talk of her maybe requiring up to ten stitches just under her knee. The winner of the competition was McCrae which completely threw the whole Exterminator alliance out the window. Andy and Spencer have now come up with what they think is a brilliant plan; keep Ginamarie because she is injured and will have a hard time competing in a physical competition and if it is a mental competition; they think she couldn’t possibly win because she counts on her fingers all the time.

Where does this leave the men? Judd Daugherty is going back to the jury and it is his own dumb fault. During the PoV competition, the houseguests had to complete a puzzle and Judd found it too difficult, so instead of giving it 100%, he quit which made it even easier for McCrae to walk away with the Veto.

The plan now is to blindside Judd because nobody wants to listen to him raise hell if he finds out that he is going to be evicted. Everyone is happy with the decision; they feel Judd got a second chance to come back into the house and should be happy leaving with that. At this point, it looks like McCrae is going to win this whole thing; I guess having all the sex he could handle with Amanda and being a floater is good for something….