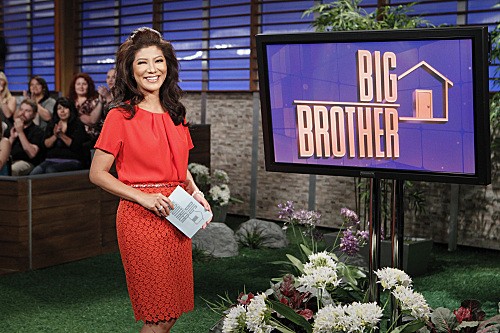 Tonight on CBS BIG BROTHER returns for the second episode of their 15th season.  On tonight’s episode we will find out which two houseguests McCrae who  is the first HOH of the summer will put up.  Did you watch last week’s season premiere?  We did and we recapped it right here for you!

On last week’s show we got to meet the 16 new houseguests.  We also got get a little behind the scenes look at this season’s contestants, two stood out were Elissa who is Rachel Reilly’s sister and Spencer who claimed he will do just about anything to win.  Julie told everyone that in order to win, they would have to be the one to remain in the house for 90 days.  She also told the houseguests as she does every season to expect, the unexpected.

For the first time in the history of Big Brother there will not be two nominees every week, there will be three; thechances of going up on the block are even higher. The HOH will nominate two people for eviction and Julie did not tell us yet who is going to nominate the third.  McCrae won the first HOH of the summer by making a deal with Nick.

On tonight’s show there is going to be plenty of drama of that you can be sure off.  We will find out who are the two houseguests McCrae puts up and who America has chosen to be Most Valuable Player.  The MVP then has the power to anonymously name a third eviction nominee.  The game is on, it is a summer of unexpected twists and turns.

The women are in the washroom and they are chatting about the men when McCrae is ready to show off his HoH room. It looks amazing, almost like a New Jersey club. McCrae definitely thinks he is going to be living in the lap of luxury while he is in it.

Elissa thinks it is pretty weird that everyone is talking about her sister Rachel, she really hopes they don’t find out who she is because it will probably put a huge target on her back.

Nick approaches Jeremy with the idea of forming an alliance, then he heads over to Spencer and Howard, offers the same thing. Then Nick goes to McCrae and pitches him about the five alliance.

Amanda is conflicted, she likes Nick and Jeremy and just doesn’t know who she want to make out with.

It’s time to play “Cooler And The Gang” for the Have Not competition, the house guests have divide themselves into three teams of five and they are collecting 15 cans of beer that they have to build into a pyramid.  First one team mate has to get into an inner tube and wade themselves to a huge cooler to get the can of beer and then back again and onto platform that the other team mates are holding up.

Amanda takes her opportunity to sit down with McCrae about who she thinks should go first and she is offering up Jessie because she doesn’t like her attitude and she claims she is telling him this because she is looking out for him.

McCrae is thinking he should take out Elissa because that is where the house is leaning.

It’s time for the Nominations Ceremony and Elissa is safe, what the heck is going on here? McCrae went and nominated Candice because he says that she is a strong player and Jessie for God knows what reason. Jessie is convinced she is going to win the POV and come after McCrae. Elissa is shocked, she can’t believe that she was not nominated while Candice is reduced to tears over being nominated.