Big Brother Hiding Racial Slurs and Homophobic Remarks by Houseguests – You Will Be Shocked! 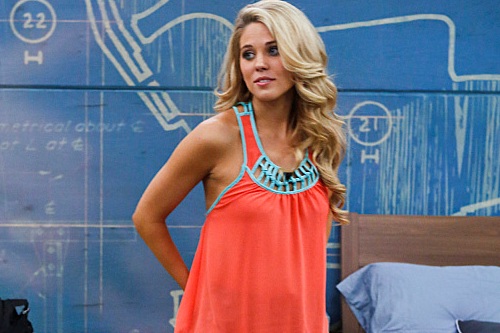 Big Brother Season 15 has been back for a few episodes now and I have to tell you, I am already addicted. My favorite house guest has to be Elissa since I am a loyal Rachel Reilly fan. This season you have the usual mix of men and woman with tons of racial slurs already coming out of the gate.

GinaMarie and Aaryn were all siting around and during the live feeds they were hurling stereotypes at Helen who is Asian by saying that she should “like shutup, go make some rice” and then one of them says “I’m gonna punch her in the face, I think it’ll make her eyes straight“. The rant continued with Howard and Candice, although this one wasn’t about Asians, “Blacks stick together … They’re like tokens … They’re like black Barbie and Kens.” Now what would racial ranting be without a dose of homophobia added to it? Well there was, when Aaryn worried about Andy getting the BBMVP said “because everybody loves the queers.“

If you think all that was bad, that doesn’t even scratch the surface. There is also the casual use of the N-word and inappropriate remarks towards women. Apparently the house guests were warned over the Big Brother loud speak to stop using racial slurs but with so many of them guilty of it, they would probably have to through out over half of them if they were to take any action against it.

This is not the first time that Big Brother has had contestants slew racial slurs. In season eight contestant Amber Siyavus said Jewish people tend to be “really money-hungry” and “selfish“. In season nine Evel “Dick” Donato was known for his abusive behavior towards Jen Johnson; he even poured ice tea over her head. In season 11, Jeff Schroeder made a homophobic comment against Russell Kairouz and Braden Bacha used a sexually insulting word describing Julie Chen, the host of the show. Honestly, the list just goes on and on with most of it being viewed on Big Brother After Dark and deleted from the taped shows.

Big Brother is covering up all the slurs and personally I think if somebody is racist on the show then viewers should know about it especially since this season it is the viewers who are voting in the BBMVP.

What do you think about all the racial slurs? Are you comfortable with continuing to watch the show or are you going to opt out? Should Alec Baldwin be a Big Brother houseguest? Sound off your comments below and tell us what you think about Big Brother sweeping the cesspool of derogatory comments under the rug?