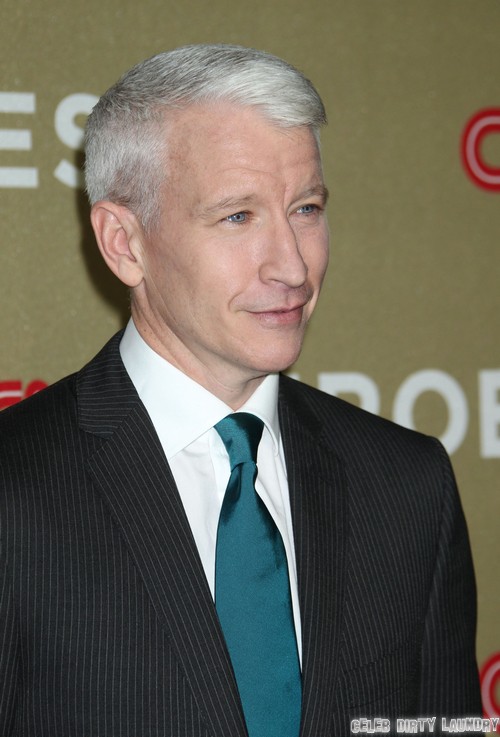 Days after Alec Baldwin’s disgusting and violent homophobic rant at reporter, George Stark, who claimed his wife Hilaria Baldwin was tweeting during James Gandolfini’s funeral, celebrities have been lashing out against the actor.

Anderson Cooper was very vocal on the situation – being a gay man himself, the CNN anchor certainly didn’t appreciate the nasty comments that were made towards George – and he took to Twitter to let off some steam.

In a tweet that was referred to the situation, the 46-year old tweeted: “Why does#AlecBaldwin get a pass when he uses gay slurs? If a conservative talked of beating up a ‘queen’ they would be vilified.” Cooper raises a great point.

Anderson stressed that he’s baffled by the fact that if a conservative – Paula Deen for example – had used that kind of language towards another person, they’d receive all kinds of backlash. Somehow people like Baldwin seem to hold some kind of power in Hollywood which confers upon these special enlightened people the right to speak anyway they like with impunity. We’ve judged a woman for her mistake by using the N-word, yet we seem let it slide when certain people behave in a disgusting manner. Why is this?  Is it hypocrisy?

It’s not like this is the first time Alec has shown his true colors to the world; he constantly gets into physical fights with the paparazzi and he downgrades people he doesn’t like as if he were some kind of God. And do you want to know the best part about it all? He denies his wrongdoing in the end. In a statement he released hours after the scandal broke, Alec denied using homophobic words during his rant and added that the media are the people making the whole thing up:

“The idea of me calling this guy a ‘queen’ and that being something that people thought is homophobic … a queen to me has a different meaning. It’s somebody who’s just above. It doesn’t have any necessarily sexual connotations.”