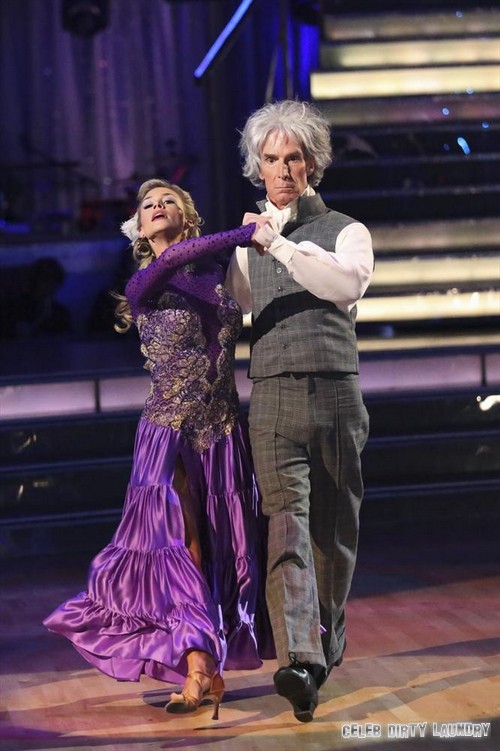 Bill Nye danced a Jazz routine, on tonight’s “Hollywood Night” episode of Dancing with the Stars.   To check out Bill’s DWTS bio [CLICK HERE] If you missed tonight’s show you can read a full and detailed recap, right here.

On last week’s show Corbin was given a 26/30 for his Jive routine.  If you missed any of last week’s performances, you can check out all the videos, right HERE.

Bill Nye and professional dancer Tyne Stecklein: danced a jazz routine.  Even though Bill hurt himself during last week’s episode he had this to say about dancing this week, “Working with a partially torn ligament,” he tweeted the next day. “Plan to be dancin’ next week. Stand by (or rather, ‘elevate your leg by…’),”

Judges comments: Bruno “I didn’t see any jazz, but it was entertaining”. Carrie Ann “Tonight we have seen incredible spirit, you have an incredible injury and I am very impressed”. Len “I thought Tyne did a terrific job and Bill had guts and determination to perform with that injury, it says a lot about the man”.

Watch the video below and let us know what you think? Do you think Bill did enough to avoid elimination? Sound out in the comments below!