Billy Crystal Calls The View Hosts A Bunch Of “Bitches” 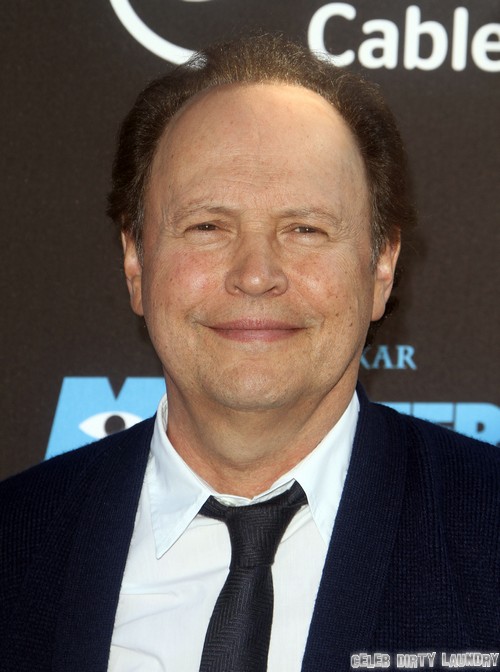 Billy Crystal has a way of making even the rudest joke sound classy. He was recently on The View as a guest, and after a long conversation about the use of the N-word and the B-word, Crystal jokingly greeted all the hosts as ‘bitches’.

After kissing each host on the cheek after coming on stage, he said, “This Jew is happy to see all you b****es this morning.”

Obviously, it was a joke considering that they were just discussing derogatory terms a few minutes ago, but everyone ended up taking it very well and no one seemed offended. In the aftermath of Paula Deen using the N-word and the controversy that derived from that, they were discussing the idea of ‘selective outrage’. This basically includes how some people use certain derogatory terms and they get away with it, while it’s more insulting when others use them. They used the example of the B-word, explaining that they were fine when they themselves use it, especially as a joke, but they might get angry if a man used it. Of course, Billy Crystal’s usage of the term was a joke and doesn’t really count.

What do you guys think about this? While I agree that it’s certainly true that it’s more insulting when a man says ‘bitch’ to a woman over a woman saying it another woman, I think it varies from individual to individual. I don’t think you can create a generalization that everyone gets offended by one term, and not another. It depends on people’ sensibilities, and how they view these terms. Do you agree? Do you think the B-word is more insulting when different people say it? Let us know what you think in the comments.