Ryan Reynolds and Blake Lively Fight: He Wants Children She Says No! 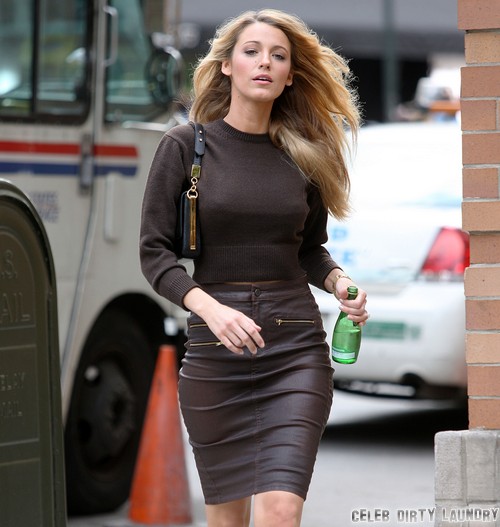 Ryan Reynolds is worried that his ‘biological clock is ticking’ and that soon, he’ll be too old to have children. Sources close to Ryan claim that, “[He is] anxious to grace the world with ridiculously good-looking babies,” according to a recent report from Star Magazine.

However, Blake Lively apparently, “isn’t as keen on it because she wants to focus on her career.” The source also adds that Ryan is getting ‘impatient’ about it, explaining, “[Ryan] wanted to start a family for years… It was one of the main reasons he split from Scarlett [Johansson] – because she wasn’t interested.”

Ok, this story would actually make sense if you flipped Blake’s and Ryan’s positions. Blake wanting children makes more sense than Ryan wanting children, especially because Blake doesn’t really have a career to speak about right now. And Ryan has been working steadily for the past few years – maybe not in quality projects, but working steadily. However, I do buy that Ryan and Scarlett split for those reasons; when they initially broke up, a lot of speculation pointed to the fact that Ryan wanted a more ‘traditional’ wife, not one who was working more than him and who didn’t really have time to spend with him.

But even then, while I could see Ryan wanting to have children, I don’t think Blake would be against it. In fact, I’m betting that she and Ryan announce a pregnancy within the next two years.

Do you guys think that Ryan is ‘desperate’ to have children? And do you think Blake would agree, or be against it because she wants to concentrate on her non-existent career? Maybe they mean that she wants to revive her career, but that’s definitely going to take longer than a few years. Let us know what you think in the comments.