Blake Lively and Ryan Reynolds Already Fighting Over Children – On The Verge Of A Breakup? 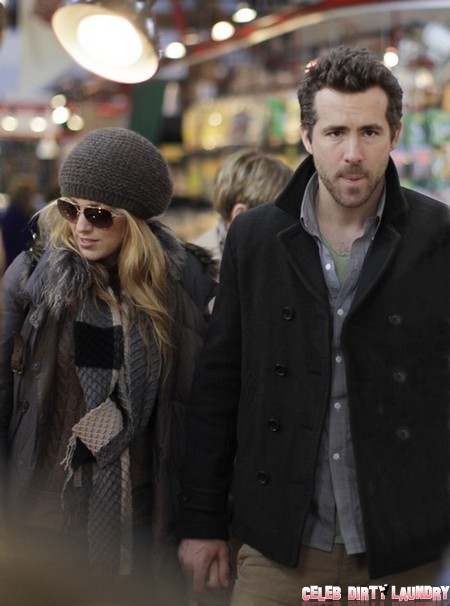 A new report from Star states that Blake Lively and Ryan Reynolds are already fighting non-stop, less than a year into their marriage. Lively and Reynolds met on the set of ‘The Green Lantern’, but their romance didn’t really spark until several years later, after Reynolds broke off his first wedding to Scarlett Johansson. While many were originally predicting another quick divorce for Reynolds and Lively, all the reports coming from their camp seemed to reinforce that the duo are living a picturesque married life – until now.

Star claims that Blake’s angry with Ryan because he’s not able to turn off the television. Star’s ‘source’ says, “Blake has had it with the time her man spends in front of the tube. He watches 50 hours a week. They are not going to have kids until he kicks his habit.” This source adds, “It’s a serious issue for them. They got married so fast that they didn’t have time to find out stuff like this.”

As much as I hate to turn down good gossip, this is ridiculous. Ryan Reynolds is a working actor, and he’s barely home enough to be watching TV, much less seven hours of it. Also, if Ryan and Blake were actually fighting, I can guarantee it wouldn’t be about television. No, it would probably have a lot more to do with Blake calling the paparazzi to capture ‘candid’ pictures of her and Ryan.

Of course, Blake’s famewhorey tendencies have reduced drastically since her marriage – at least, in public. Think about this – she got papped almost every week when she was going out with Leonardo DiCaprio, possibly one of the most paparazzi shy actors around. However, after getting married to Ryan, there were a few pap shots early in their relationship and then – nothing.

Basically, what I’m trying to say is that Blake’s got game, y’all. She isn’t going to let a little bit of television get in the way of her relationship. Right now, a baby’s probably the next step and then – maybe her career? Her own business? Goodness knows what her goals are, considering that her aim to be an A-list actress has pretty much failed after the industry realized that she’s not a very talented actress [i.e. after Green Lantern and Savages both tanked].