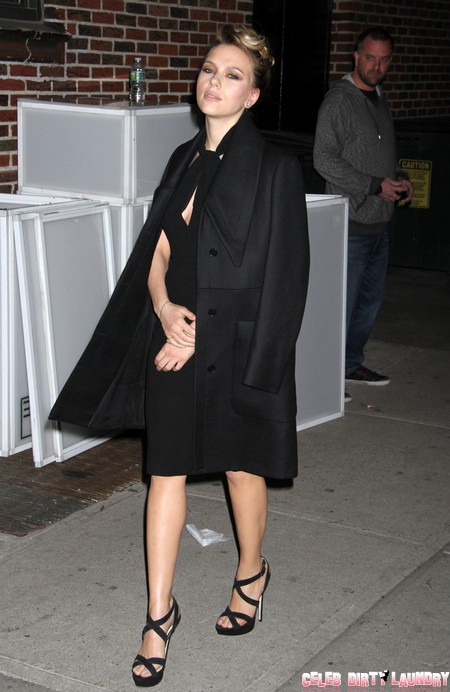 I have to wonder if Scarlett Johansson is one of those women that just has to have a man in their lives’ and almost any guy will do.  I mean come on, she was banging Sean Penn and have you taken a really good look at him lately?  He is hardly a great catch!  Scarlett wrapped up her marriage to Ryan Reynolds and I’m guessing she really believed she’d find love elsewhere pretty quickly but that just hasn’t happened.  Instead Ryan went on to quickly romance and marry Blake Lively in the same amount of time that it took for a clueless Scarlett to realize that Sean was a douche bag that would never change his ways.

According to the new issue of Star, a source close to the actress says that she is an emotional mess over the fact that she’s single and her ex is very much in love.

“The Avengers actress is distraught over ex-husband Ryan Reynolds’ new marriage to Blake Lively and has thrown herself into a dangerous wild-child phase. “Scarlett’s been partying pretty hard every night,” tattles the insider. “She was totally out of control in Moscow recently during a promotional event for Moet & Chandon champagne. She was drinking nonstop and barely slept. IT was obvious that she was trying to numb her feelings. She’s not used to going home alone — it’s a shock to her system. The fact that Ryan is happily married while she’s single again has done a number her. And the drinking is taking its toll — she’s been crying because she feels so fat.”

After the Sean Penn thing Scarlett had a brief relationship with Nate Taylor that didn’t pan out. She recently hooked up with 30 Seconds to Mars front man, Jared Leto thinking that a good romp would make her feel better. Instead she realized that it was just a hook up and she felt worse than ever. Either the empty sex made her feel bad or else she rolled over and caught a glimpse of emaciated, eyebrow-less Jared in her bed and hell- that might make anyone need a bottle or two! Now it’s new love, artist, Romain Dauriac. 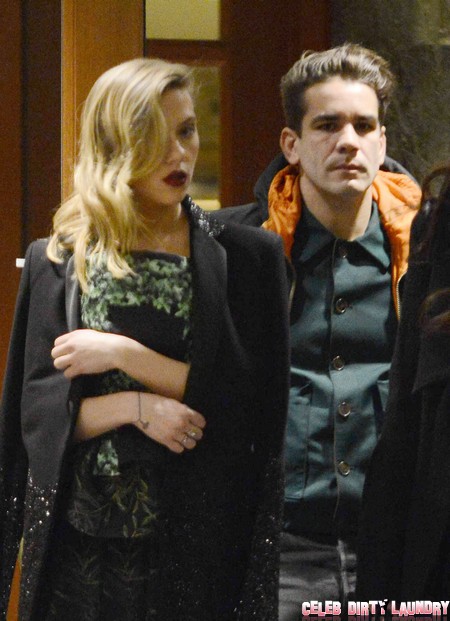 I wonder if Scarlett realizes that she has allowed her lousy love life to turn her into a real hot mess. She might be able to read Al Rocker’s weather map on the Today Show, but nobody likes a sloppy drunk that needs to be taken care of.  Will Scarlett be the next in line for rehab or can she pull herself back together before she drowns herself in a martini glass? Tell us your thoughts in the comments below!