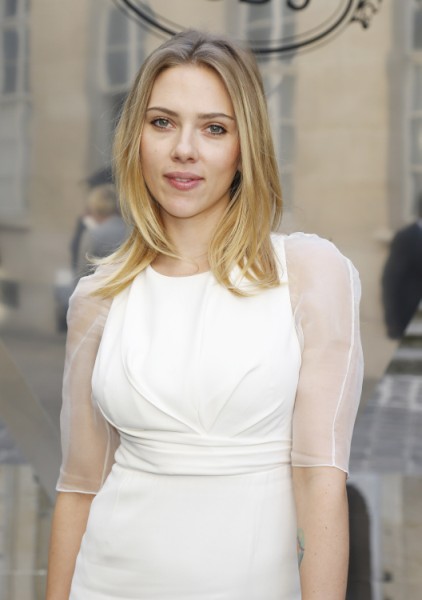 Just as Ryan Reynolds’ fairy tale with Blake Lively continues to blossom, it crashed and burned again for Ryan’s ex, Scarlett Johansson. Nate Naylor reportedly has moved out of her NYC apartment and the ad executive is not too happy about it.

“They never officially lived together, but Nate has moved all of his stuff out and back into his apartment,” a source told the Daily Mail. “The relationship is over. It has not been amicable.”

Why would it be? Scarlett’s been giving mixed signals for awhile. She was playing footsie with Jared Leto throughout the entire Democratic National Convention last month and apparently been pretty distraught over the news of Ryan’s surprise wedding to Blake. The National Enquirer reported: “Scarlett thinks that Blake is a total phony and a complete fame monster. Scarlett also considers Blake to be a cheap version of herself. They’ve actually auditioned for the same roles a few times and Blake has always lost out. Ryan and Blake’s wedding has brought back a lot of pain for Scarlett. She’s sure that Blake deliberately seduced Ryan, even though she knew he was attached at the time. On top of that, she feels like it’s a huge slap in the face that Ryan would remarry this fast. Scarlett is happy and dating, but she assumed he would wait a few years before he tied the knot again.”

So has Scarlett been behaving badly since the wedding? Did Nate get tired of wondering if he was a rebound and finally cut ties? It sounds like the break up came from her end so did she realize that hooking up with Nate wasn’t going to make Ryan jealous and bring him back? Those are all pretty dramatic conclusions. It was probably much simpler than that. Scarlett’s career has picked up again and she probably doesn’t have the time. She and Nate have been together for just under a year and it’s been a lean year for her. Finally her career is on the rise (yes, it’s a lot of superhero movies but it’s a start!). Nate was perfect for what she needed. She had just come off a nasty break up with Sean Penn and she needed someone to treat her like gold. He got her through that and Ryan’s wedding and now she can move on.

Did Scarlett dump Nate because of her emotional roller coaster or is she just done with the relationship? Who would you like to see her with? Oh! What about Joseph Gordon-Levitt? I totally love that idea. They just filmed Don Jon’s Addiction together. Let’s make it happen!