Scarlett Johansson: ‘Ryan Reynolds Cheated On Me With Blake Lively’ 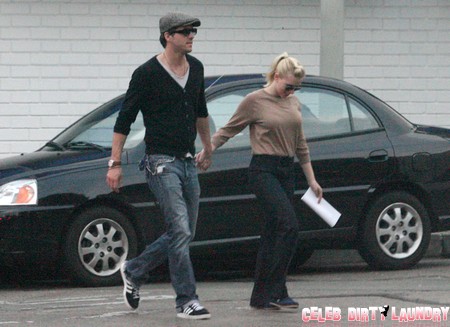 Hold on to your hats readers, there’s a new feud in town! No, it isn’t a rehash of the CeCe Frey/Paige Thomas rivalry; it is much more awesome than that! According to the National Enquirer’s October 15 print edittion, Scarlett Johansson and Blake Lively have been on the warpath, like Ghengis Kahn, ever since Ryan Reynolds and Lively became husband and wife. Johansson is convinced that Reynolds cheated on her with Lively while they were still together. Wrap your heads around that Kardashians!

An anonymous source, close to the situation, told the Enquirer, “Even though there’s no evidence behind it, Scarlett has convinced herself that Ryan cheated on her with Blake. She’s incredibly bitter about it. In a way, Scarlett feels like Blake actually stole Ryan from her, because it was when he started shooting ‘Green Lantern’ with Blake in 2010 that everything fell apart.” Allegedly, Johansson can’t even bear to look at images of the couple and her face bursts open with tears each time she sees them in the tabloids.

The source added eloquently, “Scarlett thinks that Blake is a total phony and a complete fame monster,” continued the source. “Scarlett also considers Blake to be a cheap version of herself. They’ve actually auditioned for the same roles a few times and Blake has always lost out. Ryan and Blake’s wedding has brought back a lot of pain for Scarlett. She’s sure that Blake deliberately seduced Ryan, even though she knew he was attached at the time. On top of that, she feels like it’s a huge slap in the face that Ryan would remarry this fast. Scarlett is happy and dating, but she assumed he would wait a few years before he tied the knot again.”

Uh-oh! We’re currently taking bets for anyone willing to see Scarlett Johansson and Blake Lively in a Mortal Kombat fight. There’s only one problem, Reynolds already ripped out Johansson’s heart, so there’s no chance that Lively will receive a perfect “finish her” heart ripping finale. Let us know in the comments below if you think this story is true.