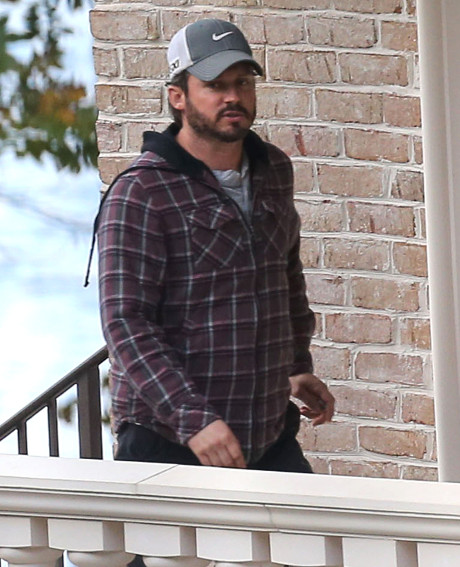 The latest report from the National Enquirer blames the alleged breakdown in Kelly Clarkson‘s marriage on Blake Shelton. Apparently, since Brandon Blackstock has been blamed of cheating on Kelly multiple times, and Brandon is Blake’s manager, they are connected – or so the Enquirer’s source claims.

Since Brandon is Blake’s manager and the two are good friends, the Enquirer alleges that their hanging out has led to the corruption of Brandon’s mind. The source adds, “Kelly can’t believe that Brandon is cheating, but she knows Blake is a major partier and womanizer. Kelly doesn’t think it’s a good idea for him  to be hanging out with Blake. Kelly’s worried that Blake’s partying — which has triggered problems with wife Miranda Lambert — could cause the same troubles in her marriage.”

I know the Enquirer kind of throws wild swings in the dark, but I wouldn’t be surprised if this is true. There are many, many rumors about Brandon’s cheating, but even if they’re not true, it’s certainly accurate that Blake does spend an awful lot of time partying with the LA crowd. Even if Blake’s not necessarily a negative influence on Brandon, even being seen in the company of this crowd is enough to cause rumors and allegations to spread like wildfire.

Do you guys think Blake has been negatively influencing Brandon and surrounding him with temptation? Or are the reports all false and Brandon and Kelly happy as ever? Are they just the victims of tabloid rumors? Let us know your thoughts in the comments.