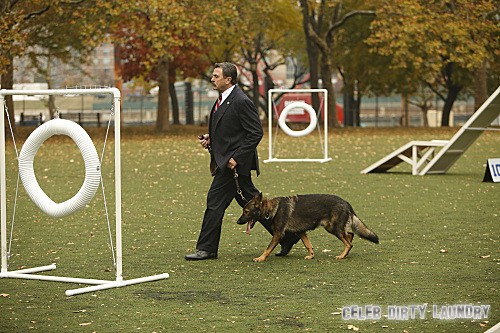 Tonight on CBS Blue Bloods continues with a new episode called, “Bad Blood.” On tonight’s episode Henry investigates the widow of a former NYPD pal who might have had a hand in her husband’s death.  Did you watch last week’s episode?  We did and we have a full recap right here for you.

On last week’s episode following Frank’s dinner with mob lawyer Angelo Gallo, Gallo was shot, and Frank narrowly escaped with his own life. Meanwhile, Danny was called for jury duty, and winds up being the sole dissenting opinion in a murder trial.  Chazz Palminteri guest starred as the mob lawyer.

On tonight’s show Danny and Baez investigate a homicide in which Baez’s estranged brother, a former drug addict, is the lead suspect. Meanwhile, Frank learns one of his most highly decorated officers, a German Shepherd in the K9 unit, is being accused of police brutality, and Henry investigates the widow of a former NYPD pal who might have had a hand in her husband’s death.  Kirk Acevedo guest stars as Baez’s brother, Javi “Tic-Tac” Baez.

Blue Bloods“Bad Blood” airs tonight at 10:00pm ET and we will be live blogging all the details. So don’t forget to come back and refresh your screen often for live updates.

Commissioner Reagan is dealing with a PR nightmare. No one wants to deal with that so close to the holidays but a police dog accused of over excessive violence is a bit too much. It literally came out of nowhere. The dog was one of the good ones. No mistakes prior to this and yet he sent a kid to the hospital. Frank wants to understand the motivation behind all of this. How could this dog’s behavior change so suddenly?

His partner doesn’t get either. Raymond loves kids. He plays with her niece all the time. She believes the kid must have provoked him. Frank tests her theory and takes Raymond out of the kennel. He notices how well the dog is trained and states to the officer “he didn’t do it”. Raymond wouldn’t have flouted anyone’s commands. He would have been obedient.

Henry suddenly finds himself investigating a friend. He was at the funeral of one his old cop buddies when the daughter revealed to him she doesn’t believe her father died of natural causes. She thinks her mother, another friend of Henry’s, killed him. Henry couldn’t talk her out of it so agree to look into things in order to prove her wrong. Although that doesn’t explain why the widow was looking up euthanasia…

His old friend was severely ill from cancer these last 8 months but recently he began to look better. He was even sitting up on his own and making jokes. Then he dies and the daughter has to wonder why her mother was looking at the man’s life insurance policy as well as ordering things from out the country.

Danny and Baez are investigating a new murder. A man was intentionally targeted and killed outside of a bar. He had come out merely for a smoke break. Now he’s dead and the only person that can put close to the scene has history with Baez. He’s her brother. She leaves that last part until after she arrests Javie.

Danny wants her to sit this one out. She refuses and their boss agrees she can stay on. That was until he saw how biased she was against her brother. Javie has been in and out of jail and rehab most of his life. It lead to her parents splitting up as well as her becoming a cop. Yet her brother didn’t kill their victim. The victim was a nice guy; everyone says so. There was no reason for this man to be killed unless he was in the wrong place at the wrong time. Danny looked into Javie’s background an dhe caught something.

The man Javie used to peddle for is a highly suspicious drug lord. He kills people once they leave his organization just so he wouldn’t have any loose ends. Javie forgot to mention this when they had brought him in. And when Danny and Baez go looking for him they found he returned back to drugs. He could have OD if they hadn’t arrived in time.

Frank got in trouble Moore back at the office. He was told not to go there the dog but he did. Moore has to point out to him how that would look. Dog attacks boy and the commissioner goes to check on the dog. That’s a headline for you. Frank thinks the way to fix the whole mess to operate on his own. Like he used to. He meets with the kid’s father and just happens to bring up that boy’s grandmother is the owner to an out of control dog. Frank would hate to bring that up and make this kid testify.

Danny tried to get the drug lord arrested and couldn’t. His sister told him he needed something called evidence. It’s Javie that comes up with an idea to trap his former boss. He’s going to use himself as bait.

During his investigation, Henry learned his friend and ex-crush ordered a drug overseas. He confronts her with the order receipt but soon learns she didn’t use it. She never got the opportunity to break the seal. She was going to though. Her husband couldn’t take the pain anymore. Henry understands. He’s watched his own spouse slip away.

Javie’s plan went awry. Everyone thought Javie would get attacked on the scene. No one foresaw he would get kidnapped. Thankfully, they were able to follow his cell reception. They rescued him before he was put in a shredder. Danny then had to talk an angry Baez down. She was closed to wasting bullets and it wasn’t on a wall. Guess she still loved her brother despite everything he did.

The reason Frank fought hard for a dog of all things was because he used to have one as a partner. The dog died on the job and Frank never got another one. He’s always had to live with that decision and it’s why he personally returned to the kennel to reconnect Raymond and his partner. He knew how special it would be.

The Reagan is a lot alike to any other family. Sure, they’re made out up of cops and ADAs but when it comes to the holidays they know better than to spend it with anyone else.