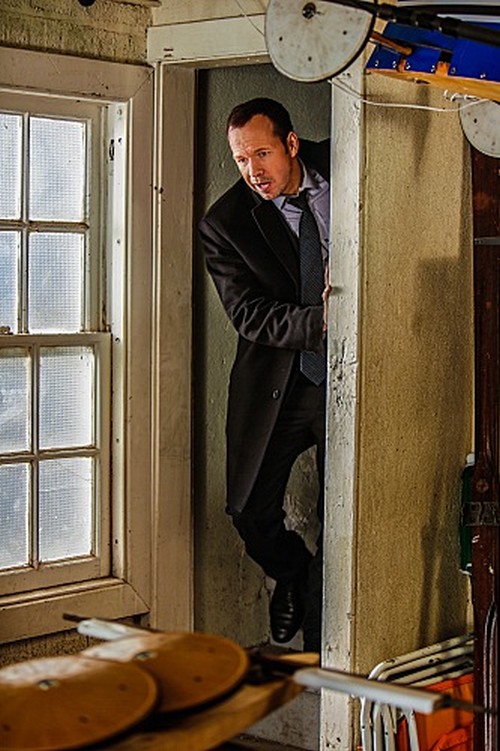 Tonight on CBS BLUE BLOOD returns with a whole new episode called “Ends & Means.” On tonight’s episode an accomplice dies during the procedure, Danny and Linda battle over the judgment call.  Did you watch last week’s episode?  We did and we recapped it for you.

On last week’s show when a devoutly religious young woman was found murdered in a cemetery, Danny questioned her family who is shocked to learn that she had a secret relationship.

On tonight’s show when two Wall Street brokers are killed in drug deals, Danny looks to question a wounded accomplice at the hospital but he is stopped by Linda, who won’t let Danny see him until after surgery. But when the accomplice dies during the procedure, Danny and Linda battle over the judgment call.

Although Blue Bloods airs Friday night, the numbers have been impressive said senior executive vice president of prime time for CBS, Kelly Kahl.  “It’s easy to put it out of mind because it’s on a Friday night.  But the numbers are extraordinary. There’s a family element that separates it from a typical cop show.”  We certainly love the show and hope it stays around for  a long time.

Blue Bloods “Ends & Means” airs tonight at 10:00pm ET and we will be live blogging all the details. So don’t forget to come back and refresh your screen often for live updates. While you wait for the show – check out the sneak peek video of tonight’s episode below and let us know what you think of the season 3, so far!

RECAP: Danny and Candice are on a steak-out when there is a shooting. Frank is at dinner with Erin when she gets an offer to become a Deputy Chief. Danny is at the hospital and wants to meet with one of the victims from the drug deal, but needs to clear through Linda first because he is in bad shape. Linda tells him that it is against hospital policy and she can’t let him see the guy.

Danny is back at the station, he is going to interrogate one of the guys at the shooting, while Candice takes the other one, unfortunately the two decide to lawyer up so that is the end of the interrogating.

At work Erin is being congratulated by everyone. An ADA, Rachel Manning, brings a case to Erin’s attention, Wayne Deveroux. Apparently he had two prior convictions, but one had evidence that was not submitted and Amanda was the person on the case at the time.

There is a shooting in the city in the financial district, it is Billy Chin, the guy that was being interrogating. Danny stops by a pretzel stand and joins up with Jamie and asks him if he will help Sean with a derby race because he is too tied up with this case.

Linda calls Danny to the hospital, he can see his victim, Christopher Dean. At the hospital, Linda tells Danny that the guy died two minutes after she texted him from complications after surgery.

Erin goes to see Rachel who tells her that Amanda is comfortable with her prior decision about the case and does not intend to change anything.

Jamie is at the derby race and gets into an argument with Ethan’s father.

Danny gets a lead on the shooter, Tommy Banks, and heads to his apartment where all he gets is  a first name of his girlfriend.

Erin talks to Amanda, she tells her that Deveroux’s lawyer should have had the evidence, which was a tape. Amanda tells her that she is staying with her decision and wants her to move on about this. Amanda further says that she wants Erin to have her back, that is why she put her on her team in the first place.

At dinner, Danny tells the family that he id’d the shooter, Linda says that she knows that he is pissed with her. Danny says she protected a murderer, she tells him that is not far and he thinks what he does is more important than what she does. The two continue fighting, the kids leave the table and Danny leaves the house.

Danny headed over to Frank’s house and he tells him to work it out with Linda, but to remember, they both have a point. Then, Frank says that Jamie is doing a great job with Sean to which Danny says that he would love to be a part of it.

At the family dinner, Henry tells Sean that the game is competitive and Linda reminds everyone that it is for fun. Danny walks in and apologizes for being late. The family starts to talk about the whole argument between Linda and Danny, Jamie tells Danny that he is asking the hospital to act like God.

Henry wants Sean to cheat at the race and tells Frank, it is the same tactic that Henry used with Frank when he was a child, a a few minor adjustments. Henry says all is fair in love and derby racing. It is all about when Henry got pushed and broke a tooth when he was seven and he got grounded.

Frank meets with Jamie and tells him what Henry did, Frank is going to reverse it and make the race fair.

Danny gets a call from Candace, someone id’d the guys body in the hospital, it turns out it is the girlfriend of Tommy Banks, Sherry.

Erin goes in to see Amanda and thanks her for the opportunity that she gave her. Erin goes on further and tells Amanda that she can not move forward hiding evidence and will take Amanda on if she has to. Amanda is impressed that Erin is playing hardball, but she wishes they were on the same team.

Danny goes to see Sherry and tells her that Tommy is responsible for her brother’s murder, shots are fired and Danny almost gets one in the head. Sherry screams for Tommy to stop shooting. The two get into a fight on the floor, Danny is shot in the arm but not dead and Candice walks in, gun aimed at Tommy.

Erin is at work, she calls in Rachel and tells her that the evidence will be given to Deveroux’s lawyer and Amanda is now on her side. Amanda further says that she respects Erin and she is someone she needs on her team.

Linda is at the station, she says that she is happy that Danny is ok but she deosn’t regret her decision for not letting him interrogate Christopher before he died because she was doing her job. Linda tells Danny that he just can’t walk out on her when things are tough, he says that he felt she was choosing her job over him. He knows now that he was wrong and Linda tells him not to ever do it again.

It is time for the derby race, all the family is there to support Sean. Henry goes to see his old adversary, Salvatore, the guy who broke his tooth when he was young and basically says “game on”.  Sean doesn’t win, but his family is all there with him and Frank give up his old trophy to him for running a clean race. Henry says “another family tradition shot right to hell”.