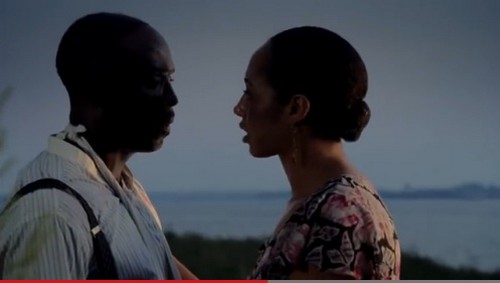 BOARDWALK EMPIRE is racing towards the finale and tonight is the penultimate episode of season 4 already.  Tonight Boardwalk Empire continues on HBO with another new episode called, “Havre De Grace.”  On tonight’s show Gillian considers selling her mansion and starting a new life with Roy Phillips..  Did you see last week’s episode 10?  If you want to catch up before tonight’s show you can read our full and detailed recap right here of last week’s episode 10 right here!

On last week’s episode tipped off by Sally Wheet, Nucky was going to enlist Eli and Agent Knox to check out the extra cargo in the Florida shipments. Margaret pondered a deal with Rothstein to improve her family’s living conditions. Capone grew suspicious of Torrio, especially after a failed attempt on his life. Nucky faced a dilemma. Eli made peace with Willie.  The episode was written by Dave Flebotte, and directed by Jake Paltrow.

On tonight’s show Nucky takes inventory after being warned of a skunk in his cellar. On the lam following a close call, Chalky and Daughter take refuge outside Wilmington with Oscar Boneau, his mentor from years ago. Gillian considers selling her mansion and starting a new life with Roy Phillips.

Tonight’s episode is going to be another action packed one, which you won’t want to miss. So be sure to tune in for our live coverage of HBO’s Boardwalk Empire Season 4 episode 11— tonight at 9PM EST! While you wait for our recap, if you cannot wait for tonight, check out a sneak peek video of tonight’s episode below!

Tonight’s show opens in the evening with Chalky and Daughter – Daughter asks him how much longer and daughter tells him they are getting close.  Chalky has been picked up by someone who sent two men to get him.  They pull up to a house and Chalky explains the man that lives there was his mentor, Oscar, Oscar taught him everything he knows.

Gaston Means calls Nucky and tells him there is a skunk in his cellar and for $50,000 he will tell him who it is.  Gaston means raises the price to $75,000.  He them raises it to $200,000 and then $50,000.  There is noise outside, he hangs up and men walked in and it is the United States Capital police and they are arresting him for purgury for all his testimony.

Chalky and Daughter are on the porch of the house he was brought to and a man walks out it is Louis Cameron Gossett Jr. – Oscar and he asks Daughter to come close to him because he cannot see more than his hand in front of him. Oscar asks Daughter if she cooks, she agrees she does but is not a fan. He sends her to cook. Oscar asks Chalky what he came there for. Chalky tells him he was right not to trust a buck or browns.

Gillians wants to sell her house, she is being offered $37,000 and she is not pleased.

Agent Knox tells Eli he wants everything – Eli tells Knox that Nucky takes orders from Doctor Narcisse and Knox finds it surprised.  He wants to know if Capone is involved but Eli tells him no.  Knox tells Eli he needs to get Nucky, the Doctor and Joe all in the same room.  Eli doubts it will fly.

Eli does not want to do it because Nucky is his brother, Knox threatens him with his son and jail.  Knox tells him make the meeting the consequences are what Eli will live with.  Knox tells him he smells of whiskey and he needs to lay off it because he is not good to him like that.

Gillian asks if he lives there and then she says, “You wouldn’t not in front of him.”  She wants to know if this is how he planned it to take everything away from her.  Richard tells her he did not plan anything.  Gillian has something of Jimmys to give to Tommy.  She give it to them and tells him to keep them safe.  Gillian notices the ring on Richard’s finger and asks him if they will both take good care of Tommy.  She leaves upset.

On the beach in front of Nucky’s house Eli and his family pull up and there are armed men.  Eli’s wife tells Eli that Nucky is making a gesture, Eli is not impressed.

Gillian comes to Roy’s house to see him, she tells him she was out walking.  Roy asks if she is alright.  Gillian tells Roy she is free and he smiles.

Eli watches his children play on the beach at Nucky’s house.  Nucky tells Eli under the circumstances he is trying to keep things as normal as he can.  Nucky is upset about Chalky and wonders what happened. Nucky is not pleased that Doctor Narcisse is telling him what to do.  Eli tells him Nucky it is like Nucky is his boy.  Then Eli suggests that Nucky set up a meeting with New York, Chicago and everyone and try to set up terms.

Nucky asks Eli on their side who doesn’t he trust.  Eli asks Nucky why he is asking.  Nucky tells Eli that Gaston Means told him there was a skunk in his cellar.  Nucky asks if it could be Knox, he asks Eli what is take on Knox is?

Nucky, Eli and Eli’s family are having dinner.  Willie is tells stories of Mayor Veder and how he hates to wrinkle his pants so he walks around with no pants on.  The family is all laughing and having a good joke together.  Eli’s wife June starts to tell a story of an insurance agent coming to the house and starts to describe him.  Eli gets upset and Nucky looks suspicious.

Oscar is lying on the couch and his family is there, Chalky walks in and asks how he is.  Chalky sits down to play checkers.  Oscar’s nephew tells Chalky his Uncle said Chalky was blood.  Chalky explains they go back a long way.

Meanwhile Chalky sees Daughter walking outside and gets up and goes to her.  Daughter tells Chalky that Oscar does not like her cooking and Chalky tells her he is from a different time.  Daughter asks Chalky what they are doing, Chalky has a family and children.

Daughter says that Chalky wants his enemies dead and the one who he calls friend.  Daughter wants Chalky to leave with her and never look back.   Chalky leaves her because Oscar wants her he is getting restless.

Roy and Gillian are talking and she is happy they are planning where they are going.  Roy goes to pull up the car and a man comes out and calls him – the man asks if Roy is celebrating because he lost his job after 15 years.  The man goes to take something out of his pocket and takes a gun out and shoots the man.  Roy thought he had a gun. Gillian pushes Roy in the car and tells him they need to leave now.

Nucky comes up to Willie and Willie asks Nucky what he thinks the argument with his Mother and Dad was about.  Nucky tells him not to take it too serious.  Nucky asks Willie about the insurance Man that came to the house.  Nucky tells him what ever he tells them is just between them.  June walks out and they stop talking, Willie leaves.

Eli’s family leaves and they thank Nucky for everything. June speaks to Nucky and tells him that Eli is drinking again and it puts him in a mood.  She thanks Nucky for a day off.

Nucky calls Eli from the car and asks him to tell him what he wants to hear from him – he recites a poem.  Nucky tells Eli he thought over the meeting that Eli suggested and he tells Eli to put it together.  Eli tells him he thinks it is the best way out of the situation.  As he drives off Nucky does not look pleased.

Chalky comes into the bedroom and Daughter is sleeping or she looks it she tells Chalky she is awake.  She tells Chalky she feels funny like a cloud looking for the sky.  Chalky tells her first thing in the morning they are going and not turning back.  She kisses him.

Gillian then tells Roy they are here together and she begs him not to leave her.  She tells Roy that he can make himself live with anything.

Two men walk up, Roy asks if they got it.  Roy admits he is a Pinkerton Detective and he was hired to find out about her murdering Roger.  Leander walks out and he is behind it.  Roy tells her she is courageous and she starts yelling.  They hold her down.

Oscar is sleeping with his dog in front of him on the floor.

Chalky wakes up stiff and Daughter is gone.  He gets up and starts to look around.  Oscar is not on the couch anymore – he walks outside and Oscar tells him not to go any further.  Oscar is on the rocking chair holding the shotgun.  Oscar tells Daughter that Daughter is gone.  Chalky asks how he knows and he tells him he knows all the sounds the house makes and even the leaving kind.  Chalky asks why he did not stop her.  Oscar asks, why would he.

Oscar walks around with his gun and Chalky asks what he is going.  Oscar leaves the stairs and is walking with his shotgun out.  He call out, “What do you want, this ain’t your place, you best announce it.”   The voice says it wants the girl, he says the girl is done.  The voice says they want Chalky and Oscar says you best try it and fires.  They fire back and hit Oscar.  Chalky takes the gun and starts shooting.

Chalky is shooting and Oscar’s relatives come out and start shooting.  They run them off but not before the men killed Oscar.

Nucky calls Sally, Sally wants to know what is on his mind.  Nucky does not speak and Sally tells him it is not a conversation unless he says something.  Nucky finally says, “I want out!”