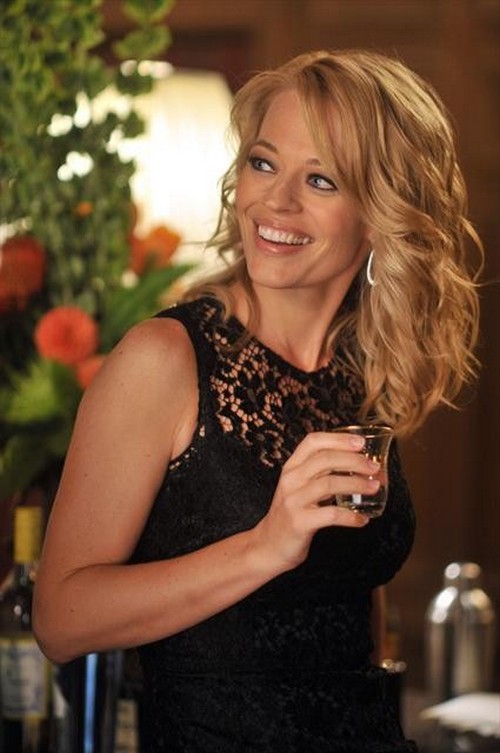 Tonight on ABC Body of Proof returns with a whole new episode called, “Fallen Angel.” On tonight’s show Kate’s new paramour may be her latest murder suspect.  Did you watch last week’s episode?  We did and we recapped it here for you!

On last week’s show Megan and Tommy had to solve two murders that appeared to be the work of vigilante killer. After Megan questioned Trent Marsh (Henry Ian Cusick, “Scandal”), the grief counselor for one of the victim’s parents, she decided to take him up on his offer of counseling her on her own issues about her father’s suicide. But Megan was shocked by what she found in his waiting room.

On tonight’s show Kate meets Sergei (Ivan Sergei), a handsome and mysterious guest at a political event, and is irresistibly drawn to him. But when a young Russian girl is found murdered near the hotel where she and Sergei are having a tryst, Kate begins to suspect that he may be involved and turns to Megan for help.

Tonight’s episode begins with a young blonde girl in a negligee unlatching the trunk of a moving car that she’s been stuffed in. She rolls onto the pavement and takes off running barefoot. She is shot and left  dead. Meanwhile Kate meets Sergei at a nearby upscale party and they more than hit it off. They end up upstairs in a hotel room for a hot hookup. Sergei wakes to his phone ringing and flashes back to pulling the trigger on the young girl. Megan is called to the scene and the girl has been posed sitting up in an angel position. Rigor set in so she is stuck in that position.

The girl has a letter sewn into the bottom of her nightgown and Kate is looking for a Russian translator. The run the bar code on her neck and find that she was the property of a Russian pimp. Kate makes a big mistake and brings Sergei in to translate her letter.

He tells them that it’s a letter to the girls mother begging to come home. Megan watches Kate walk away with Sergei and suspects something is up.

Megan autopsies the girl and realizes that she had been pregnant and the child was cut out. She believes  she can id the father and she does. His name is Arco and the find him in an instant. Megan tells him the girl  was pregnant with his child but he claims to have an alibi. He was at the same gala as Kate so she’s going to use her sources to check the guest list.

Megan heads to one of the Russian clubs where she talks to a female pimp. She tells her that the girls with bar codes are stolen from villages and kept in cages.

Kate is doing research and finds a picture of Sergei looking awfully chummy with Arco at the gala. She confronts him and of course he lies. He volunteers to take her to lunch to explain it all. While he showers she finds a bloody dress shirt of his and tries to bolt. Sergei gets out of the shower and she tells him she got a phone call. She rushes out but leaves her phone on his couch. Kate runs the DNA and it matches the dead girls. Because Sergei was once allowed in the lab security lets him in to see her once again, she panics at the sight of him standing over her desk. She tells him he’ll meet him at the hotel in an hour.  Kate then calls Megan in a panic and according to her sergei has been in the country only two weeks. Megan also thinks he has killed two other girls.

They plan for Kate to sneak his shirt back into his room so that it can be obtained legally and used to prosecute him. She agrees to go to his room but he catches her returning the shirt to his closet. She then tells him it’s getting late, that was clearly the cue for police to rush in. Sergei rips her shirt and finds the wire on her.

He tears off running but is later apprehended at the airport. They haul him in for questioning and he is ultimately freed because of being a member of the Ukranian Consulate.  His limo is waiting for him outside the police station.  They figure he still had unfinished business in the states. They also realize that the girl was wearing the same necklace in every photo and now Arco’s mother wears it. They haul him in for questioning along with his mother and she admits that she runs the family sex trafficking business and killing the girl in cold blood.

Kate is trying to figure out Sergei’s part in the mess and goes to the Consulate. Sergei tells her that the girls family hired her to find her. He took her baby alive and gave it to the girls parents. They finish talking at the Consulate gate and say goodbye on good terms. Tune in next week for another Body of Proof.