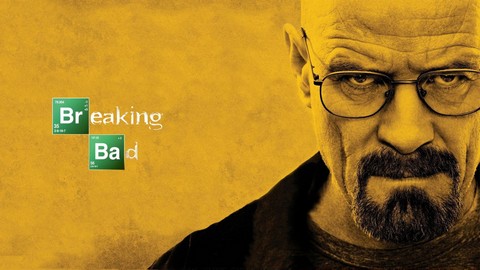 Boston Marathon bomber Dzhokhar Tsarnaev’s actions may have been rooted in a television show according to TMZ. He loved violent shows, especially the AMC drama Breaking Bad. Dzhokhar recently tweeted “Breaking Bad taught me how to dispose of a corpse.”

Dzhokhar was probably a fan of Breaking Bad for a number of reasons. The premise of the show is a high school chemistry teacher Walter White with inoperable cancer turns to a life of crime selling methamphetamines to secure financial stability. Per Wikipedia the show’s creater Vince Gilligan said “He’s going from being a protagonist to an antagonist. We want to make people question who they’re pulling for, and why.” Also per Wikipedia Vince told The New York Times about the show’s philosophy. He said “If religion is a reaction of man, and nothing more, it seems to me that it represents a human desire for wrongdoers to be punished. I hate the idea of Idi Amin living in Saudi Arabia for the last 25 years of his life. That galls me to no end. I feel some sort of need for Biblical atonement, or justice, or something. I like to believe there is some comeuppance, that karma kicks in at some point, even if it takes years or decades to happen. My girlfriend says this great thing that’s become my philosophy as well. ‘I want to believe there’s a heaven. But I can’t not believe there’s a hell.”

What does this mean in regard to the Boston bombing? Dzhokhar and his brother Tamerlan Tsarnaev were called losers who never fit in by an uncle. Their uncle also reportedly said Tamerlan used his younger brother and was able to manipulate him and that Tamerlan in particular was very unhappy, saying he had no American friends and did not understand the American people. Tamerlan’s only American friend Brendan Mess was killed when his throat was slit in 2011.

Also per The Daily Mail (check out their amazing pics) Tamerlan was forever changed by the death of his friend. Also, think about the date the brothers picked to carry out their plan. It was Patriot’s Day in Massachusetts. Per Wikipedia Patriot’s Day commemorates the anniversary of the Battles of Lexington and Concord on April 19, 1775, the first two battles of the American Revolutionary War. The Tsarnaev brothers mocked the holiday and chose the Boston Marathon knowing they would be able to hurt many people.

Like Walter White, Tamerlan and Dzokhar just went about their life after committing their crime. It’s been reported that Dzokhar went back to his dorm room to work out and party. His Twitter feed does not give any indication of plans to commit a violent act or any indication he and his brother were behind the bombings.

Following his capture, Dzokhar remains hospitalized in Boston and is listed in serious condition. At this time he is unable to talk due to injury to his throat.