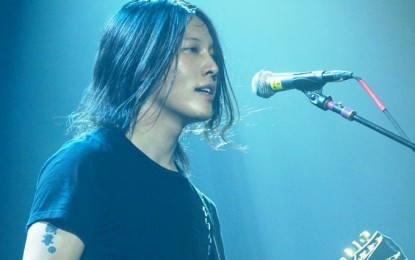 The National Enquirer’s latest report about Brad Pitt and Angelina Jolie manages to outdo itself, truly. The headline from the Enquirer screams, “Brad Pitt is in a jealous rage over Angelina Jolie wooing a sexy Japanese rock star to play the villain in her new film — because the tattooed music man looks a LOT like Angie’s former lesbian lover!”

Jolie has just cast Takamasa Ishihara [otherwise known as Miyavi] to play a sadistic prison guard in her upcoming film, Unbroken. A source explains, “Angelina was absolutely hypnotized by Miyavi’s haunting audition for the film [and she] couldn’t stop talking about the gender-bending rocker, who loves to wear makeup. [But] Miyavi bears a striking resemblance to Angie’s former lesbian lover Jenny Shimizu — and that fact wasn’t lost on Brad.”

Wait, that’s not all. The source also adds, “Angie told Brad that she’d probably have to spend a lot of time coaching Miyavi because he’s never had a major Hollywood role before. That sent Brad over the edge. He’s halfway around the world in England while Angie’s reading lines with this sexy Asian rocker.”

Riiiiight. Ok, Angelina and Brad work with sexy actors and actresses ALL the time, and in fact, they’ve even worked with exes before. I doubt that Brad is losing his mind just because this Miyavi happens to resemble Angelina’s ex-girlfriend. As a busy working couple and one that’s involved in so many humanitarian missions, do you think they would really stress out about something so trivial? If they did, I doubt they would have stayed together as long as they have.

What do you guys think about this rumor? Is it as ridiculous as it sounds, or do you actually believe it? Let us know your thoughts in the comments. 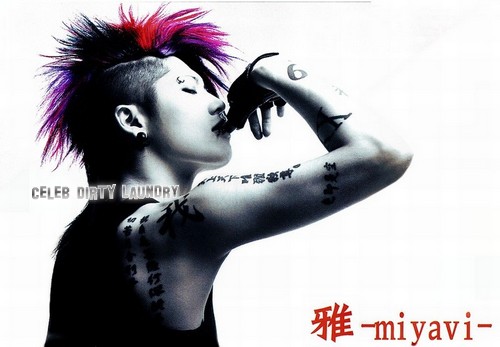