Brad Pitt Spent Years ‘F*cking Off’ With Jennifer Aniston, Wanted To Be Inspired 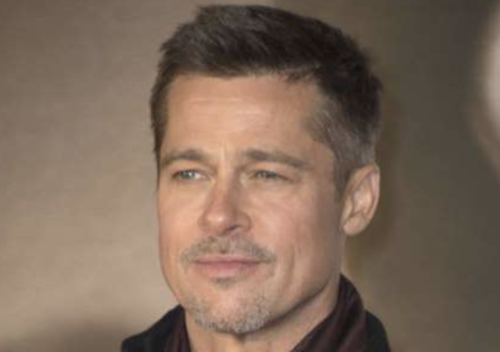 There is only one Brad Pitt, right? God, I love him with long hair. It harkens back to his Legends of the Fall/A River Runs Through It days. On the cover of Esquire magazine Brad Pitt looks like an older Tristan Ludlow and I’m all over it. Sorry. My ten-year-old self just had to come out. I’ll try to reign her back in to focus now.

Brad’s Esquire interview is making the rounds this week. It’s seemingly perfect timing since Angelina Jolie just revealed her breast cancer scare. The story is lovely because it gives us some behind the scenes moments in the Jolie-Pitt family and also delves into what Brad was going through when he infamously left then wife, Jennifer Aniston for Angelina close to ten years ago now.

Brad tells Esquire: “For a long time I thought I did too much damage – drug damage. I was a bit of a drifter. A guy who felt he grew up in something of a vacuum and wanted to see things, wanted to be inspired. I followed that other thing. I spent years fucking off. But then I got burnt out and felt that I was wasting my opportunity. It was a conscious change. This was about a decade ago. It was an epiphany – a decision not to squander my opportunities. It was a feeling of get up. Because otherwise, what’s the point?”

OK, so let’s go there. Let’s talking timing. I know. I know. Why does everything he say have to go back to Jennifer???! Oh, shut up. Because it just does. Like I said, this is a matter of timing.

It’s been widely alleged that Brad and Jennifer were great smoking buddies together so the drug comment just makes me laugh. I think Jen could have gone on in their relationship that way forever but obviously, Brad was getting a little bored with the whole scene. He talks about an epiphany ten years ago – that he was wasting his opportunities. That was right at the end of his marriage to Jen. You add that lethargy with the thirst for inspiration and throw beautiful world crusader/adopter extraordinaire Angelina into the picture… Brad didn’t have a chance. He was ripe to be inspired!

So if you’re Jennifer, do Brad’s comments offend you? It’s not like she didn’t know. It’s not like he probably hasn’t told her all this but it’s still got to hurt right? I know she’s seemingly happy and moved on with Justin Theroux but this couldn’t have been the best week for her. The woman you loathe is getting all this love and appreciation and now your ex-husband is basically saying he wasted time spiritually and artistically floundering with you. Even if the interview deserves a major eye roll it’s still got to be a kick in the crotch for Jennifer Aniston. Brad Pitt’s missing sensitivity chip is always the gift that keeps on giving to his ex-wife.