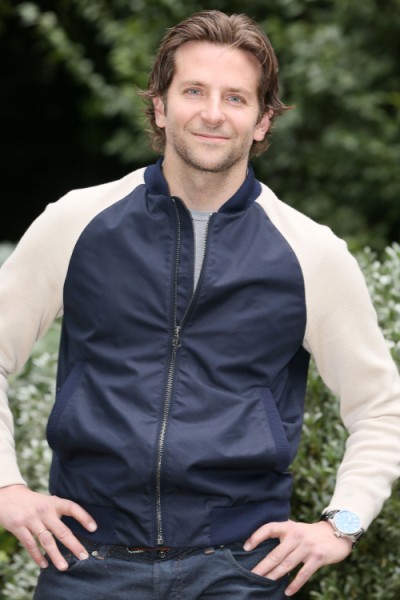 This seems to be the million dollar question of late. Is Bradley Cooper gay? The rumors just refuse to stop following the Oscar nominee. I’m not sure if it’s because of his hilarious scene if Wet Hot American Summer or his weird and hasty divorce from Jennifer Esposito or the fact that he’s just really, really good looking but Bradley Cooper continues to be the poster boy for closet living.

But if it is true, don’t expect the rising star to come out any time soon. He’s terrified that it would cost him his leading man status in Hollywood.

“The rumors about Bradley are swirling again,” a source told the National Enquirer. “He’s been able to laugh them off in the past, but this latest one comes right when he’s on the verge of be­coming one of Hollywood’s biggest stars and is campaigning for an Oscar. Now the floodgates have opened, and people in Hollywood are once again wondering, ‘Is he or isn’t he?’ Bradley believes the cruel rumor could damage his leading man sta­tus.”

Is that a legitimate concern? Of course it is! I’ve heard there are so many closet stars in Hollywood, much more than we can even guess. Rupert Everett will tell you all day and every day that coming out was one of the worst things he could so for his career. It sucks but it’s true.

But Bradley always has a pretty girl on his arm, right? He dated Renee Zellweger forever and then moved on to Jennifer Lopez, Jennifer Aniston and Zoe Saldana. He turned his nose up at Taylor Swift but that doesn’t mean he’s gay. That’s just good judgement. Regardless, I don’t think we’re going to solve this little riddle soon and definitely not before the Oscars. Bradley might try his hardest to appear sure of himself in front of the cameras but dude is sweating this new exposure. He’s hungry. Can you see it? I totally can. That’s why Bradley loses his leading man status in my eyes. He just doesn’t have that Leonardo DiCaprio swagger. He would never hit on a Victoria’s Secret model because he lacks the confidence to think he could get one. There’s just a nerd factor there that some men like Andrew Garfield and Jesse Eisenberg make work for them. But Bradley just looks scared all the time and that’s such a buzz kill for me. I can’t get past that to even care about his sexuality.

Is the Bradley Cooper gay secret just a rumor or do you think he’s hiding something?