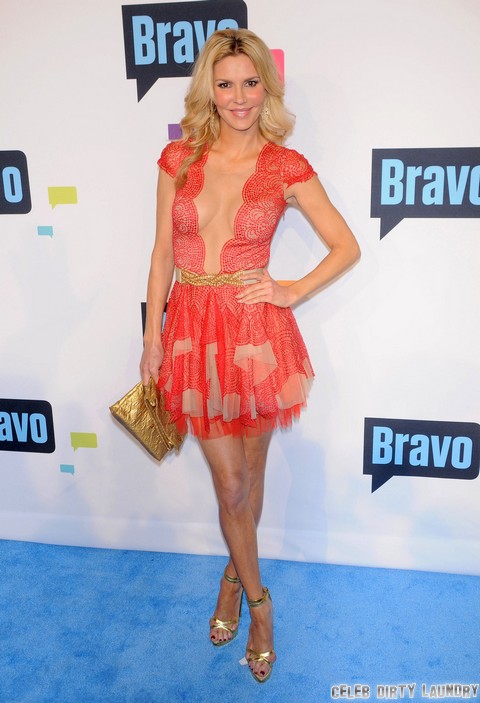 Great. It’s the beginning of another feud involving Brandi Glanville. You know, you’d almost think that Brandi is getting tired of starting these ridiculous fights. Wait, I almost forgot that she’s part of the Real Housewives of Beverly Hills. I take that back.

Brandi’s latest feud is with singer/actress NeNe Leakes of Real Housewives of Atlanta. To be fair, NeNe did start it this time. NeNe was on a TV special called ‘Watch What Happens Live: NeNe One-On-One’, and she did not hold back when she was talking about Brandi. She said, “Brandi’s just a train wreck. Just a wreck. Just a wreck. She’s just off the chain, she’s off the hook [with] a lot of the things that she has to say, just so talkative.” She also added that Brandi ‘thinks she’s a gangsta’ so she keeps saying things that are idiotic and offensive.

Of course, Brandi can never turn down a chance to start a feud or get publicity, so she spoke to Radar and retaliated against Nene. She said, “It doesn’t affect me. She doesn’t even know me. If she wants to sit down and hang out with me and my boys and come have dinner, come on over. Get to know me first. Then she can say what she wants about me.” 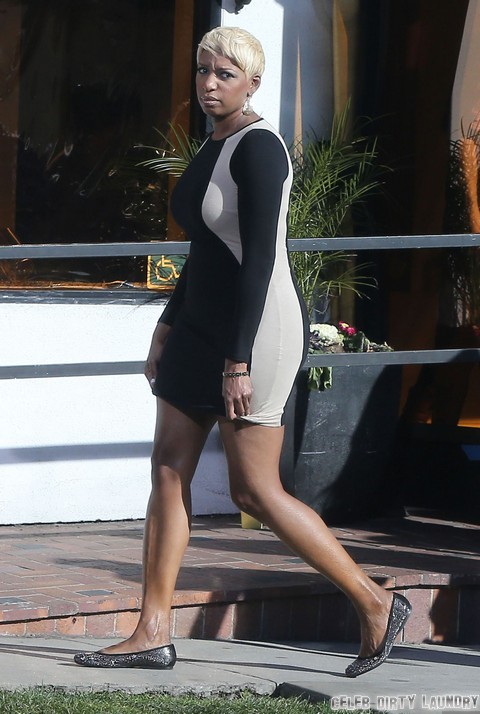 So basically, she’s trying to now claim that NeNe is racist for calling her ‘NOT’ a ‘gangsta’. And for anyone with half a brain, it was clear that NeNe was saying that she was an idiot for trying to look like a gangsta – not because she was ‘white, skinny, and tall’, but because she looked and spoke like a moron when trying to be a ‘gangsta’. As do most people.

Editor’s Note: Whatever NeNe meant we know what Brandi meant when she said, “Why can’t I be gangsta? Because I’m white, skinny and tall?!”  She meant NeNe is NOT skinny aka Fat!