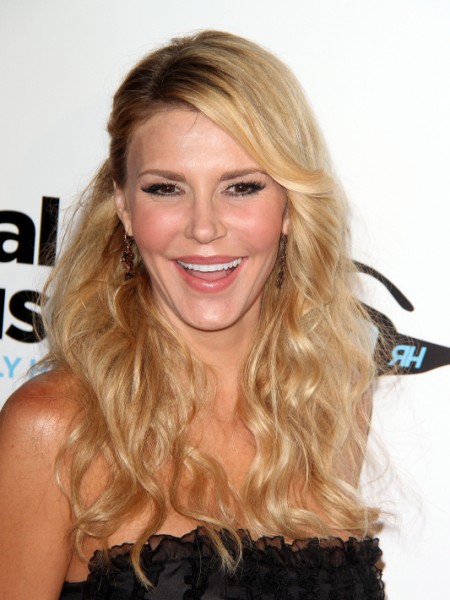 Thank you Brandi Glanville. Thank you for being such a hot, desperate mess that you feel the need to grace me with these truly miraculous stories first thing in the morning. I appreciate them more than I can say. Who doesn’t want another salacious tidbit regarding Eddie Cibrian and his wandering penis? I know LeAnn Rimes didn’t eat yesterday. Will she be able to get anything down today after the latest juicy release from Brandi Glanville’s book, Drinking and Tweeting? My money’s against it.

So it turns out that Eddie Cibrian had some trouble in the sack during his first marriage. Brandi claims he was so worried about his thinning hairline he started taking propecia but it had some nasty after effects (meaning he couldn’t get it up in the boudoir anymore). Brandi had to stage an intervention and went all “it’s either the propecia or me!”. Clearly we know in the end he didn’t choose her but jury’s out on whether he’s still using with LeAnn. He does have a nice looking head of hair though….

Besides the fact that this is totally inappropriate and (dare I say it) mean spirited, is anyone out there still stoked to learn more? There’s got to be much worse in there. I can’t imagine what it could be at this point but there’s got to be worse. Is anyone else waiting for the libel lawsuits? I have no idea if Eddie has a case but you’ve got to think he’s freaking out over these allegations. You’re going for the jugular when you call a dude bald and impotent in the same sentence. That could be the lowest of the low and this isn’t just any dude, this is an “actor” so self-confidence is not his strong suit. He’s got to be lawyering up unless he’s already read it. Wouldn’t Brandi have needed to get him to sign off on something like this before it was printed? We’ll have to wait and see. This is only the tip of the iceberg. This book isn’t helping anyone mend bridges any time soon – which is great for us – but has got to suck for those kids. I love Brandi because she has no shame and makes me laugh but you’ve got to wonder about her….

What do you think of the Eddie Cibrian/impotent claims? Did Brandi go too far by divulging that information? Is her book making her look less sympathetic to you?